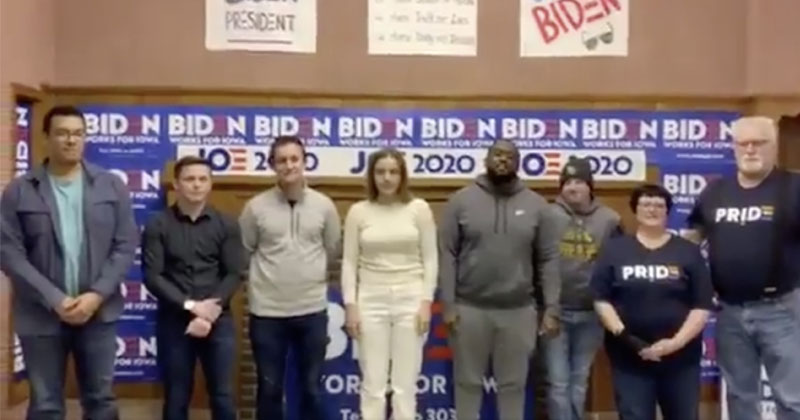 A group of bumbling braindead Biden supporters released a bizarre campaign promo attempting to list off 23 reasons why Democrat frontrunner Joe Biden should be elected in 2020.

In the cringeworthy video, the group of Biden supporters awkwardly sound off on why Biden should be president, in a likely never-rehearsed campaign pitch.

We are reaching levels of *facepalm* we never thought possible… 🤦‍♂️ pic.twitter.com/i79za3LiO0

Much like how Biden rambles incoherently about cockroaches and leg hair, his supporters also stammered about ice cream, Ray Bans, LGBTQ rights, and malarky.

“He likes ice cream,” says another.

“He’s gonna get us back in the Paris Climate Accord.”

“He can start today, and take over, and be the one…to start today,” said one man. “And we don’t have to have somebody go in there…or be in there…that has to learn it. He knows it.”

The poorly-executed video received an endorsement from Biden’s wife Jill, who tweeted the video on Saturday.

23 days left until the #IAcaucus, 23 reasons why @JoeBiden! —Finn pic.twitter.com/TEWEGIG8hS

Owen exposes the continuous creepy behavior of Joe Biden towards women and young girls now even towards an 11-year-old.