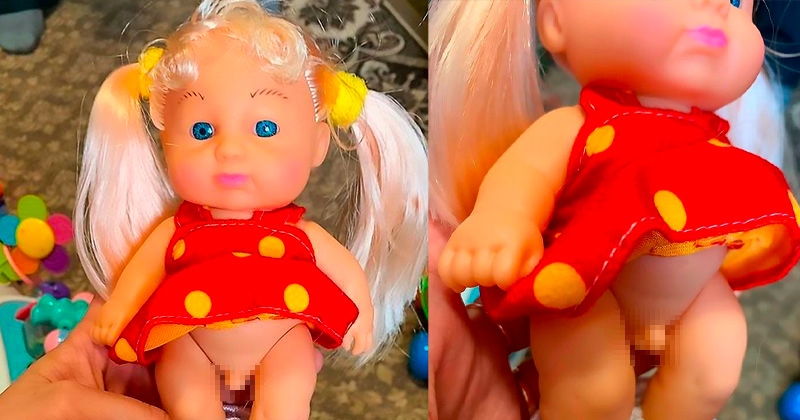 Many online are questioning why a transgender doll, complete with male genitals and pigtails, is being pushed on children.

The doll was reportedly found at a Russian toy shop called Planeta Igrushek (Planet of Toys) in the town of Novosibirsk, according to DailyStar.co.uk.

On Wednesday, photos of the blonde doll with a penis and testicles under its dress began circulating on social media, where many asked whether it was age-appropriate, or really necessary at all.

1920: Civilization will endure the wars, just imagine how much better life will be in a hundred years.

One Russian social media user reportedly asked, “Is it ok to produce toys like that for children?”

“All they have to do is buy a medical tool kit and the kid can learn how to amputate,” another user reportedly joked.

Others asked whether the male sex organ could possibly be a manufacturer’s defect: “Have you considered that it could simply be a manufacturing defect? Or they accidentally put a female head on a male body?”

“What the F? Since when do dolls have ‘genitals’ at all? Now a Tgirl doll? We are spinning off quite fast into insanity,” said a US Twitter user.

What the F? Since when do dolls have "genitals" at all? Now a Tgirl doll? We are spinning off quite fast into insanity. This whole LGBTQwxyz wasn't even a thing 10 years ago. NOW, it's everywhere. But still people refuse to see the hidden hand at work. https://t.co/40E7V5vQFL

Victory for all Trans People Everywhere! And it looks so much like Trans Icon #JessicaYaniv https://t.co/hDpSTblDEd

500 years from now a plucky anthropologist will extricate the charred remains of this doll from the sulphur and say, oh that explains it!
Outrage as first transgender kids' doll with penis and dress spotted in toy shop – Daily Star https://t.co/VjZBlIMQ3M

Jessica Yaniv, a trans woman, is demanding that women be forced to perform services on her male genitalia against their will.