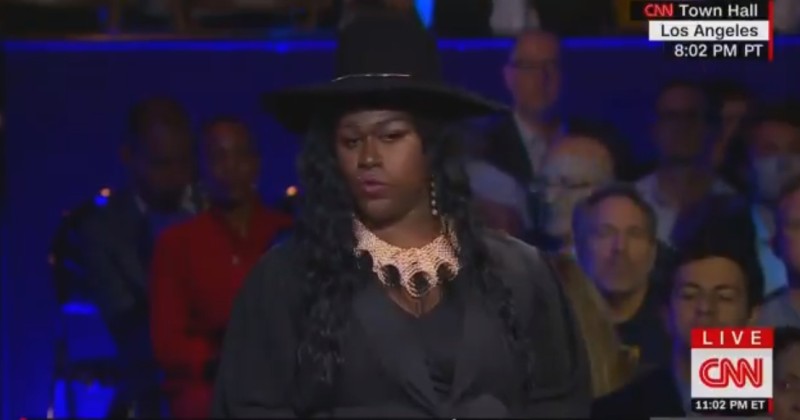 A transgender attendee at last night’s LGBTQ town hall accused host Nia Mikayla Henderson of perpetrating “violence” after the CNN host got the pronunciation of her name wrong.

“Put that on record,” said Diamond, to which Henderson responded, “It’s on the record.”

A black trans woman said it's "violence" to misgender or alter a trans person's name after Nia Mikayla Henderson mispronounced her name at the #EqualityTownHall. pic.twitter.com/JqXQjlwsD0

“Yes honey, it’s violence to misgender or to alter a name of a trans person, so let’s always get that right first” asserted Diamond.

As we reported earlier, this was by no means the only highlight of the night.

Get woke, get humiliated.

I used to think CNN town halls were a tragedy, but now I realize they’re a comedy.