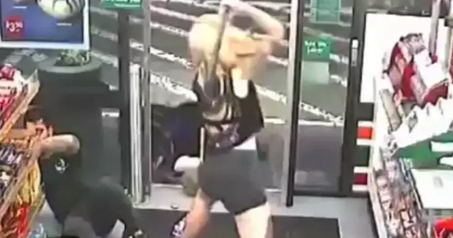 An Australian court of appeals has increased the jail term for a transgender woman who attacked several people with an axe at a convenience store.

The gruesome Jan. 2017 assault was captured on store surveillance and shows male-to-female transgender Evie Amati, 27, walk into the Sydney area store with a large axe and a knife in her back pocket.

Amati converses with store customer Ben Rimmer, shortly before launching a rampage in which she strikes Rimmer square in the face, leaving him with severe injuries including a large facial laceration and fractured eye, cheek and nose bones. 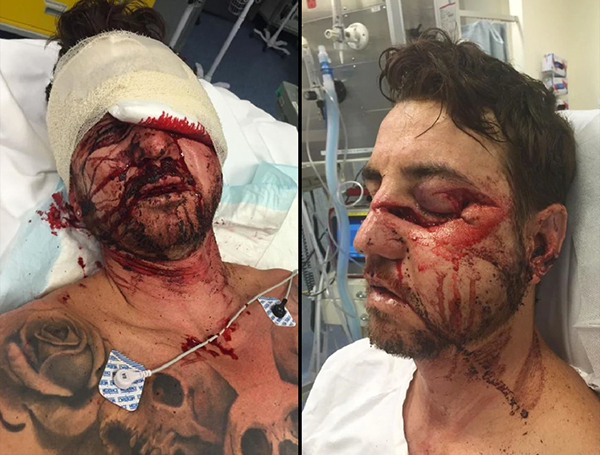 She next axe chops female shopper Sharon Hacker in the neck as she’s trying to exit the store, and attacks one more person on the street, who was able to block the axe swing with a backpack. Hacker’s dreadlock hairstyle reportedly saved her from more severe injuries.

A previous jury trial found Amati guilty of attempted murder and she “was sentenced to nine years in prison with a non-parole period of four years and six months by District Court judge Mark Williams, who presided over the trial,” reports BuzzFeed News.

The sentence was appealed by prosecutors, however, and on Monday one court of appeal justice presiding over the case acknowledged it didn’t go far enough to recognize the true horror of Amati’s crimes.

“She armed herself with an axe and a knife,” wrote Court of Appeal Justice Peter Johnson. “This is not a case of violence by way of assaults or even more serious non-homicidal attacks. She came upon two complete strangers in the convenience store and made concerted efforts to kill each of them with that being her intention.”

“In reality, the aggregate sentence did not recognise in any real way the harm done to Ms Hacker and Mr Redwood who were victims of these serious crimes.”

During the trial, the jury heard from prosecutors who argued Amati launched into a fit of rage because she’d been rejected by a female on Tinder over her transgender sexual identity.

Amati’s lawyers argued the attack could have stemmed from various factors not limited to gender dysphoria, psychosis, alcohol, marijuana and other substance abuse, and hormone medication, while Amati also seemed to seek a competency to stand trial dismissal by claiming to hear voices telling her to “kill, kill.”

“Was she experiencing any of those things at all, or was it plain old anger?” one prosecutor asked during the trial.

“Amati will first be eligible for release on parole on Jan. 6, 2025,” according to BuzzFeed.