Kavanaugh accuser Christine Blasey Ford claimed under oath she had a fear of flying, but extensive travel photos as well as a sworn statement by her ex-boyfriend directly contradict that claim. 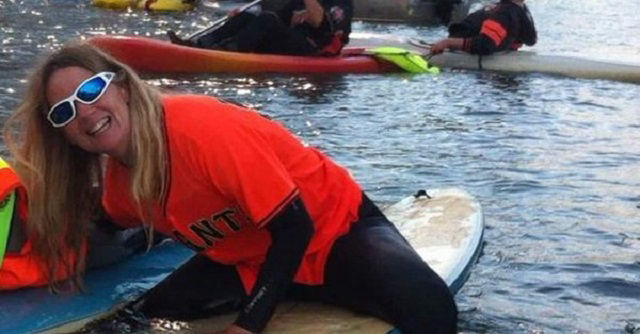 Ford had already moved 3,000 miles from Maryland, where she alleges the assault by Judge Brett Kavanaugh took place, to California, but upon learning Kavanaugh was nominated to the Supreme Court, her husband claimed she was thinking about moving to New Zealand. 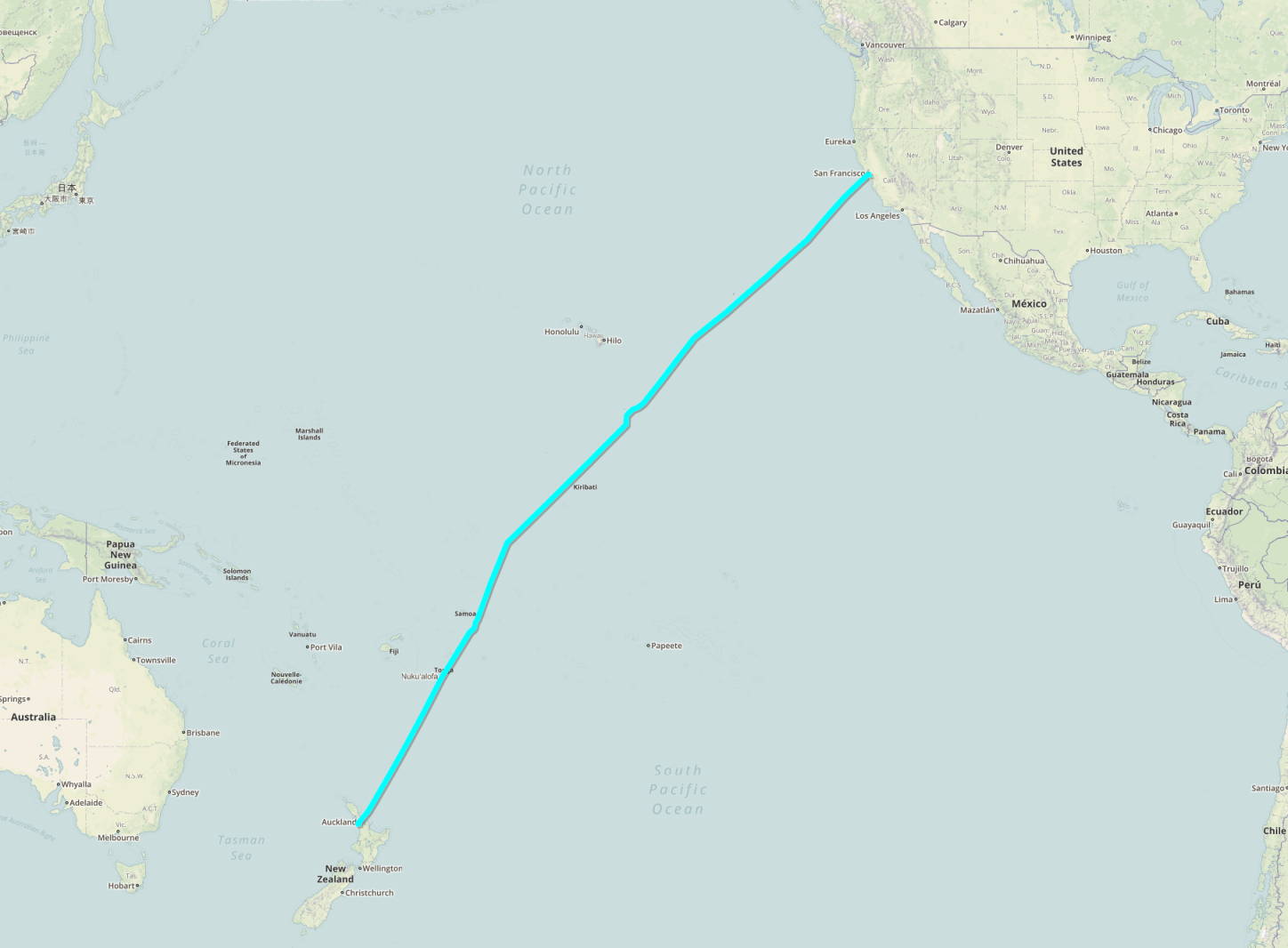 “She was like, ‘I can’t deal with this. If he becomes the nominee, then I’m moving to another country. I cannot live in this country if he’s in the Supreme Court,'” her husband said. “She wanted out.” 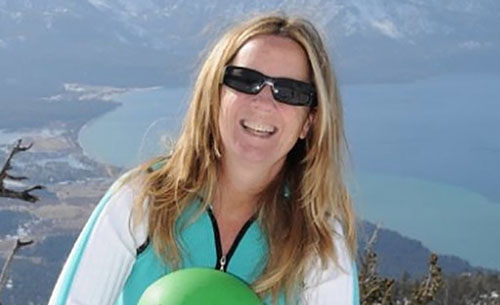 A newly surfaced letter by Ford’s ex-boyfriend also directly refutes Ford’s claims, saying she “never expressed a fear of close quarters, tight spaces, or places with only one exit,” which were supposedly at the crux of her fear of flying.

“While visiting Ford in Hawaii, we traveled around the Hawaiian Islands including one time on a propeller plane. Dr. Ford never indicated a fear of flying. To the best of my recollection Dr. Ford never expressed a fear of close quarters, tight spaces, or places with only one exit. I assisted Dr. Ford with finding a place to live in [redacted] California. She ended up living in a very small, 500 sq. ft. house with one door,” the ex-boyfriend said in the letter. 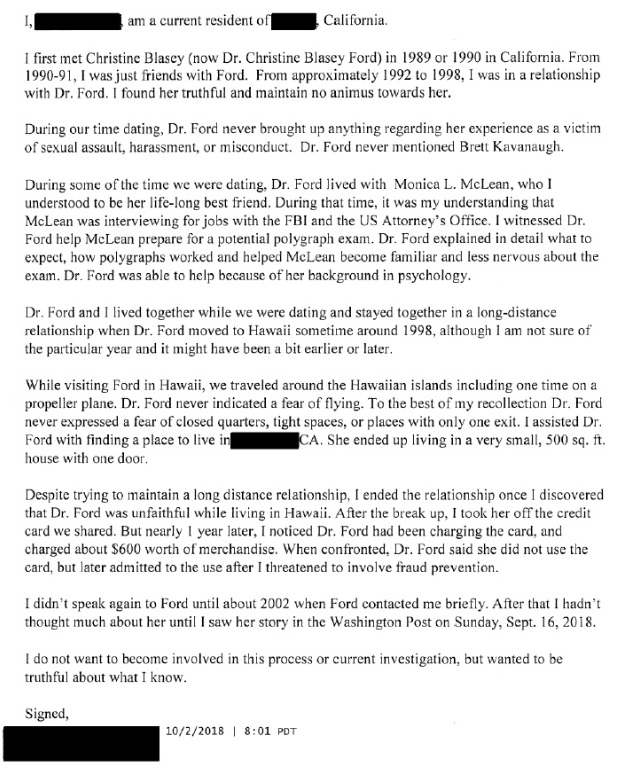 Dr. Ford On Fear of Flying: “It’s easier for me to travel going that direction when it’s a vacation” pic.twitter.com/sNRmQzx0IU

Mitchell had asked Ford how she got to Washington D.C., to which Ford replied, “In an airplane.”

“I ask that because its been reported by the press that you would not submit to an interview with the committee because of your fear of flying. Is that true?” Mitchell asked.

“That was certainly what I was hoping to avoid getting on an airplane. But I eventually was able to get up the gumption with the help of some friends and get on the plane,” Ford said.

“You fly fairly frequently for your hobbies and you’ve had to fly for your work. Is that true?” Mitchell asked.

Mitchell then listed all the destinations Ford has traveled for surfing, which included Hawaii, Costa Rica, South Pacific Islands and French Polynesia.

And Ford’s letter to Diane Feinstein also mentioned that she was in the Mid-Atlantic for vacation. 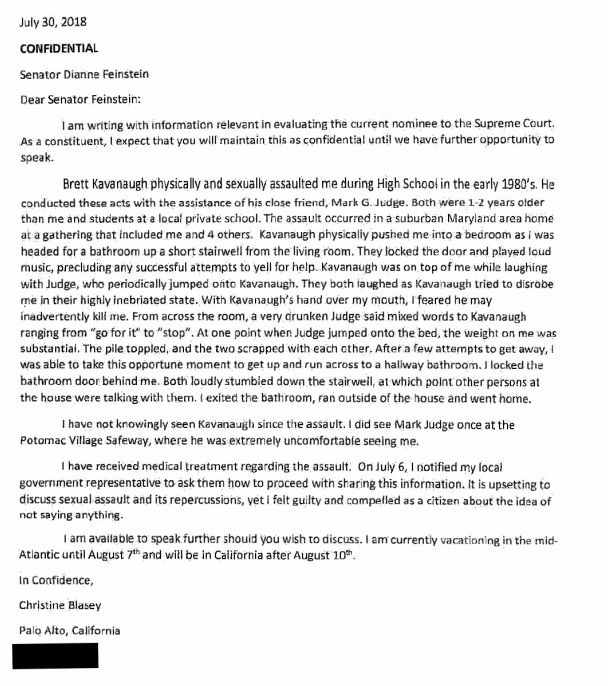 The evidence continues to pile up, not against Kavanaugh, but against Ford’s sworn statements.

The Kavanaugh Attack Is The Dress Rehearsal For Trump’s Impeachment