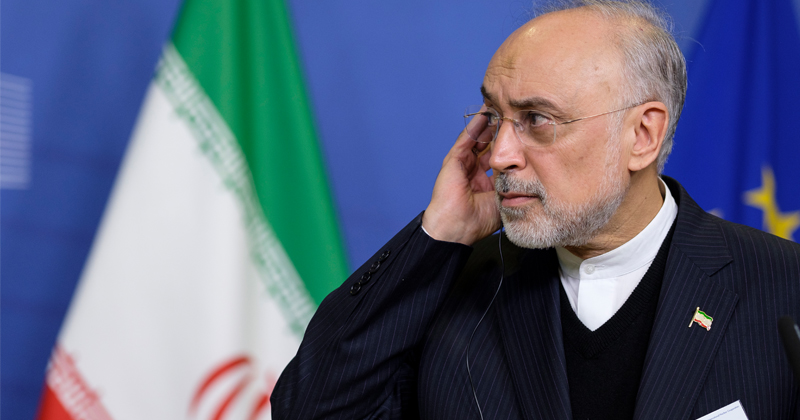 The Treasury Department has announced sanctions on the Atomic Energy Organization of Iran (AEOI) and its head Ali Akbar Salehi as the US continues its pressure campaign on Tehran after ditching the international Iran nuclear deal.

Though the Trump administration has accused Salehi and his organization of striving to produce a nuclear weapon, the AEOI also oversees the civilian nuclear sector in Iran.

The sanctions are the latest in a string of economic penalties applied to Iran since the US unilaterally withdrew from the Joint Comprehensive Plan of Action (JCPOA, or Iran nuclear deal) in 2018, after accusing Tehran of noncompliance. Iran has responded by gradually rolling back its own commitments, but it has continued working with the International Atomic Energy Agency (IAEA).

Iran scrapped all of the limitations imposed by the agreement this month, following the assassination of General Qassem Soleimani by the US.

Salehi first led the AEOI between 2009 and 2010, and he has been in charge ever since his second stint began in 2013. Before his appointment to Iran’s nuclear agency, he represented Iran in the International Atomic Energy Agency (IAEA). Under Salehi’s leadership, Iran was deemed by the IAEA to be complying with all of the JCPOA’s requirements as recently as last year, even as the US argued otherwise.

A New York law is releasing people accused of commiting dangerous and sexual crimes against minors in the hopes that they won’t commit more crimes.

While the Trump administration has been squeezing Iran’s economy with round after round of sanctions, the Treasury Department also announced on Thursday that it has successfully established a channel to allow the sale of essential medical supplies to the Islamic Republic. The humanitarian channel is operated by the Swiss government, which has served as a mediator between Tehran and Washington in the past.

The Treasury will also renew sanctions waivers to allow non-US firms to work at a series of Iranian nuclear sites, Reuters reported earlier on Thursday. The waivers give European, Russian and Chinese companies another 60 days to continue work at the Arak heavy water reactor, the Bushehr nuclear power plant, and the Tehran Research Reactor, among other sites.