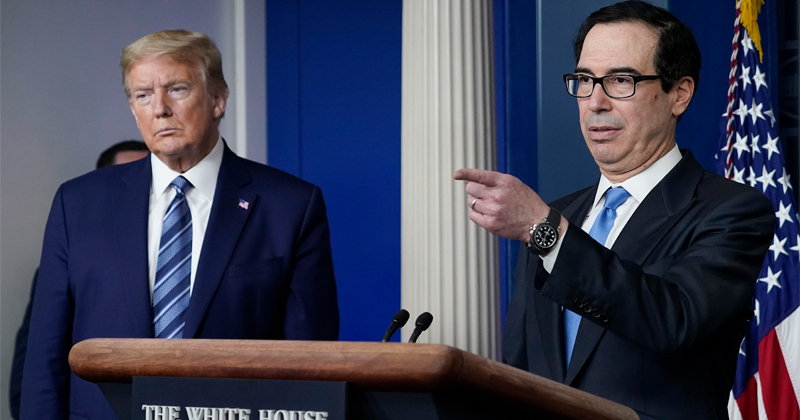 A list of all companies which took PPP loans of $150,000 and above was disclosed on Monday by the Treasury Department and the Small Business Administration, after Democratic lawmakers demanded greater transparency surrounding the Paycheck Protection Program, according to CNBC.

Those loans represent nearly three-fourths of total loan dollars approved, but a far smaller proportion of the number of actual loans. About 87% of the loans were for less than $150,000, according to the SBA.

The SBA released other details about the program Monday, including:

Companies participating in the program who maintain most of their payroll throughout the duration of the loan may convert the funds to a grant. In June, Congress passed a bill which lower the bar for converting the loans – reducing the amount a company must spend on payroll, while giving recipients a longer period of time to use the funds.

On Saturday, President Trump signed a temporary extension of PPP into law, moving the application deadline from Aug. 8 to June 30 – a move which both chambers of Congress voted to approve last week.

And as we’ve noted several times, while the PPP was designed to help small businesses with under 500 employees get through the pandemic lockdown, larger – and in many cases public companies with other avenues for capital – took advantage of the program’s broadly written language to tap into capital which wasn’t meant for them.

According to the Financial Times, over 80 publicly listed companies tapped the program – perhaps the most high profile being Shake Shack, which sparked backlash after receiving $10 million in PPP funds through JPMorgan.

A list of public companies that have reported receiving #PPPloan assistance


Ultimately, Ruth’s Chris, AutoNation and ShakeShack returned the money after public outcry – while over $30 billion in loans have been returned in total according to CNBC, citing anonymous senior administration officials.

On Thursday, Rep. Vicky Hartzler (R-MO) disclosed that her family’s business received nearly $480,000 from the program which was rolled out in April.

PPP in a nutshell pic.twitter.com/81DV2zUUBV


Alex Jones breaks down the elitists in Ghislaine Maxwell’s inner circle and their plans to destroy society.