In “On the Cusp of Ending Big Pharma,” a coming revolution in biology and medicine made possible by a better understanding of genetics and gene therapy was described in detail. Almost as if to validate the premise of having the public begin getting directly involved in not only understanding genetics and gene therapy, but begin building the infrastructure at a local level to pursue research and development, as well as implement eventual techniques and treatments, Philly.com has just recently published a follow up to an incredible story.

Titled, “Girl’s gene-therapy estimate gives Children’s Hospital a shiner,”
the article describes a clinical trial in which gene therapy was used
to treat 10 adults and 2 children suffering from cancer, most of whom have had their cancer go into
remission, and the staggering bills the treatment incurred. Charities
and insurance assisted at least one patient, while another, a 5 year
old Croatian girl, was left with a $837,000 bill.

Medical care is expensive. It requires the absolute cutting edge in technology, skilled doctors and technicians to utilize it in the care of patients, all within an economic paradigm where demand vastly outnumbers supply. What could be done to reduce the disparity between supply and demand? And what can be done until then to ensure people get the absolute best treatment possible? Or should a 5 year old girl perish because she can’t afford experimental treatment when all other options were sure to fail?

Soldiers fighting the fruitless decade long wars in Iraq and Afghanistan didn’t need to buy their own weapons, procure their own transportation to the warzone, buy their own meals, and when they were injured, pay for their own medical treatment. Indeed, these fruitless wars built openly on categorically false premises, were subsidized by trillions of dollars from American tax payers despite the wars having no public support. Since these two fruitless wars sold upon a pack of lies, the United States has conducted combat operations in Libya, Syria, Yemen, Somalia, Uganda, inside Pakistan, Mali, and covertly in Iran. Again, subsidized by trillions of tax payer dollars. 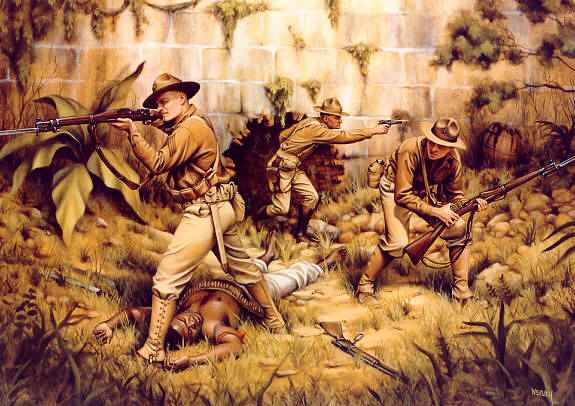 Image: US Marine Corps General Smedley Butler was a two-time Medal of Honor recipient, and anti-war. He wrote “War is a Racket.”  Despite the torrent of pro-war propaganda we are bombarded with, and all the pretexts and excuses used to sell endless global conflict, it is indeed a racket perpetrated by big-business interests at the rest of humanity’s expense, and has been for a long time.
….

For unpopular wars fought upon false premises, sold by practiced liars across the corporate media, there seems to be an endless torrent of cash. In turn, this money doesn’t simply go into a fiscal blackhole. Instead, it ends up in the profit margins of Fortune 500 corporations, from the big-defense contractors arming and supplying military operations, to big-oil and construction contractors building in the wake of these operations. It is a well understood racket that casts a dark shadow on Western society and has very real implications for modern human civilization.

Imagine if these trillions instead went somewhere else. Imagine if cancer research and treatment was subsidized with the same impetus as wars of profit. Imagine if improving education, infrastructure, and the means by which we could accelerate medical research and development and thereby reduce the disparity between supply and demand was done with the same fervor we pursue wars abroad.


Our Problem, Our Challenge

We could hold our breath, march with signs, and continue to vote hoping eventually someone will come to office and fix this perpetual injustice. Or instead, we can realize that our faith and investments in time, money, energy, and attention to this corrupt system is why we have this problem in the first place.

There are several steps we can take now to begin tilting the balance away from the ruling class and their pet projects pursued at our expense and toward the things that really affect us, like our children dying from cancer and medical treatment that is too expensive to afford. And as we take these steps, people should continue fighting for medical care subsidies as a stop gap measure. If there is money for perpetual, unnecessary war, there is money for medical care.

1. Improve Education: Medical treatment is expensive because of immense demand for a small supply of both the technology used to treat people, and the skilled doctors and technicians that use that technology. That technology is in turn scarce, because of the lack of skilled designers and engineers working to develop it.

By improving real, relevant, technical education in the fields of design, engineering, science, and medicine, and by making such an education available to all, would be one step toward increasing the supply versus demand. Online, there are vast resources available for free, from some of the most prestigious universities in the world on subjects ranging from basic math and science, to more specific topics like biology, medicine, genetics, and their applications.

While there is no substitute for a proper medical school education, local organizations called DIYbio labs are springing up around the world and creating an environment where regular people can learn and practice techniques in modern biology, especially in the field of genetics. Just as hackerspaces have begun contributing to, and spinning off into small and medium businesses, while driving the advancement of technology, DIYbio labs can augment the existing medical infrastructure of a given society.

Additionally, people should not abandon efforts to improve traditional education.

2. Build Local Infrastructure: DIYbio labs are one way of bringing medical research and development, however small of a scale it may be on for now, into their local communities. Building up after-school and weekend programs to educate people in basic science and particularly biology, genetics, and medicine helps raise overall awareness of the issues at hand and their possible solutions.

Already, high schools are beginning to participate in MIT’s iGEM competition, an annual synthetic biology event where teams from around the world engineer biological components to solve a specific problem. Schools that become involved in iGem must build up both their physical infrastructure and their human capital to compete, and by doing so, lay the foundation for more permanent and relevant  research and development when they return home.

3. Reclaim Our Institutions: With a well established infrastructure developing both technology and human capital, a community is better positioned not only to understand what state and national institutions are doing in terms of medical research and clinical trials, but are able to partner with them and augment their efforts. Furthermore, a human connection is established between institutions and the people they were designed in the first place to serve.

The day will come where technology makes medical care affordable for all, reducing or eliminating the need to subsidize it. Until that day comes, we must balance our pursuit for “health care policy” with developing real, pragmatic, technical health care progress.

It starts with something as simple as getting a few people around a single table and talking. Identify who may already have an interest in the particular fields you plan on tackling. Look for the nearest local groups already doing this, either as hackerspaces or as DIYbio labs. Look for schools nearby already participating in iGEM and see what you could to to help, or expand on their work.

If you are not interested in medicine, even a standard hackerspace working on a wide range of projects could help build local infrastructure that could be used to help advance DIYbio groups. Biomedical technology is grounded in the same fundamental design principles and manufacturing techniques as any other engineering discipline.

Taking human capital out of the coffers of the ruling class, and placing it back where it belongs, amongst the people from which it was drawn, begins the rebalancing of power, and ends paradigms where trillions can be spend on endless wars of profit, and none is left for cancer-stricken children, even when we’ve developed cures.

The choice is ours, but unlike in faux-democracy, we will have to do more than simply cast a ballot to exercise this choice. It will be daily, patient, sometimes frustrating work to build the infrastructure and human capital we need to rebalance this equation and reclaim our destiny. Self-determination is not a spectator sport, it is something you either do, or do without. Don’t wait for your child to be the one struck by cancer and your family stuck with a million-dollar medical bill – that is – if you are lucky enough to get access to the latest treatment in the first place. Start working now to fix this immense injustice.
——————-