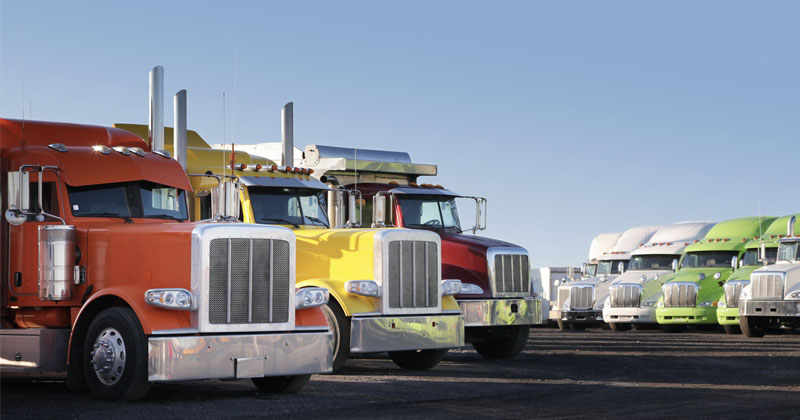 New reports from the trucking industry show the transportation recession continues to gain momentum through the end of summer, likely to continue through 2019 into 1H20.

The US trucking industry had a blockbuster year in 2018, as high demand for freight allowed transportation companies to expand fleets. But since freight demand was artificial, sparked by importers pulling forward to get ahead of tariffs, the good times were destined to end and end rather sharply.

The Institute for Supply Management’s purchasing managers index plunged to 49.1 in August, the first time a contraction has been seen since 2016. Prints below 50 suggest the manufacturing economy is shrinking. Data also showed new orders dropped to a seven-year low, while the production index hit 2015 lows. 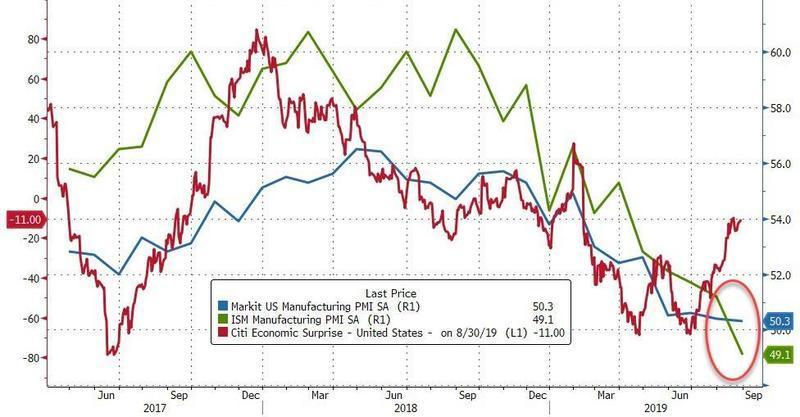 A transportation/manufacturing recession is developing, but it didn’t start overnight. The first signs of a slowdown began last summer when freight rates peaked last June, and have since collapsed 20% through this year, reported The Wall Street Journal.

“There are more trucks than there are loads now,” said Kyle Kottke, general manager for Kottke Trucking Inc. in Buffalo Lake, Minn. 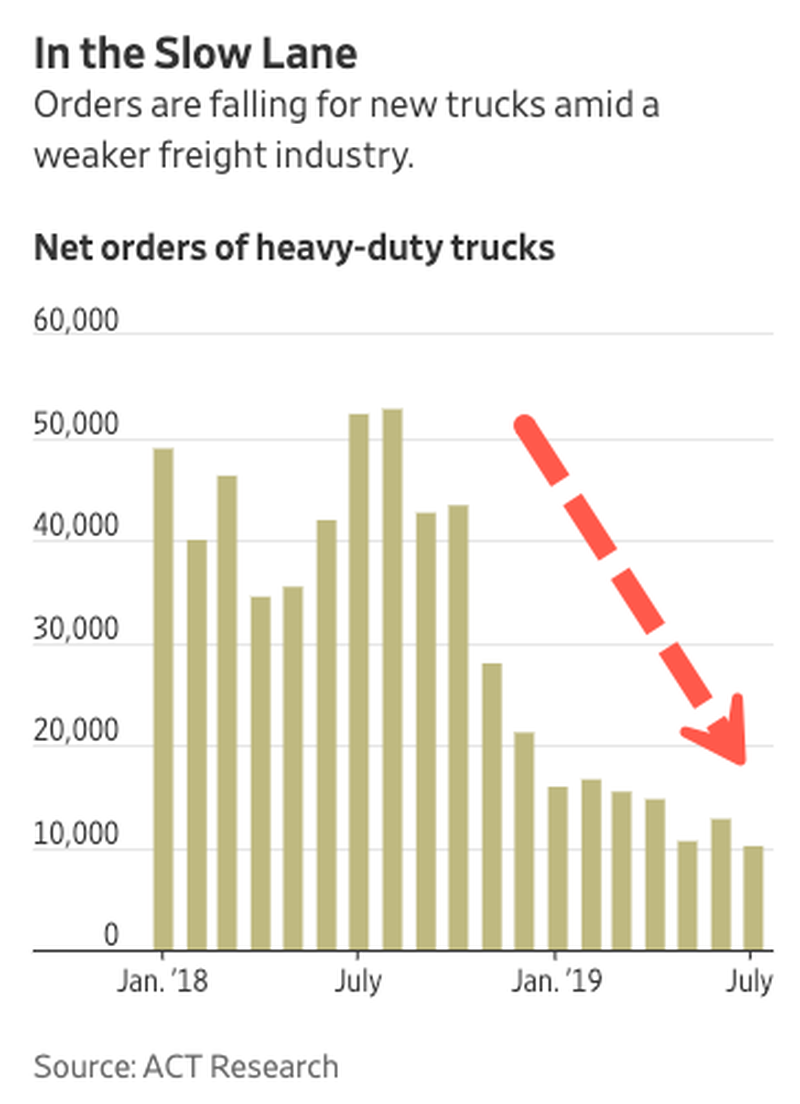 As heavy-duty truck orders collapse, suppliers, such as ones who produce transmissions have predicted that the outlook for sales this year will be horrible.

XL Specialized Trailers, a manufacturer of specialized trailers for hauling heavy things, has warned that in the last three months, orders have plummeted.

“We are planning for 2020 that is not going to be as good,” said Stuart Sleper, president of XL Specialized Trailers.

ACT Research stressed that last year’s surge in trucking demand has led to overcapacity for the industry, could depress freight rates for the next several years. About 6% more capacity was brought online last year, or about 90,000 heavy-duty trucks. Production of heavy-duty trucks could reach 350,000 vehicles this year, the second-highest level since 2006.

ACT Research expects heavy-duty trucks to decline to about 238,000 vehicles next year, a production level that is more in line normal years.

“It would not take much of a weaker [gross domestic product] to send the truck industry down more,” said Don Ake, vice president of commercial vehicles at transportation-equipment research group FTR.

Ake said that manufacturers have already notified suppliers about future production cuts beginning this quarter. He expects other truck manufacturers to start slashing production by 20% by the end of the fourth quarter from current levels.

Order cancellations have already started to surge as freight companies are beginning to realize the overcapacity crisis.

Dave de Poincy, president of East Manufacturing, said the company’s trailer cancellation rate jumped to 8% in late summer, compared with an average of around 1%. He expects production of trailers to drop 20% later this year.

“They don’t need any more trailers right now,” he said. “The flatbed industry is a real indicator of economic health.”

What’s new in this report is that production cuts of heavy-duty trucks and trailers are starting as cancellation requests soar — couple this with a transportation/manufacturing recession, and the increasing possibilities of a full-blown recession could be as early as next year.

Matt Bracken hosts The Alex Jones Show to give you his overview of the collapse of civilization from Wal-Mart’s Corporate Welfare, to the devastation from hurricane Dorian.