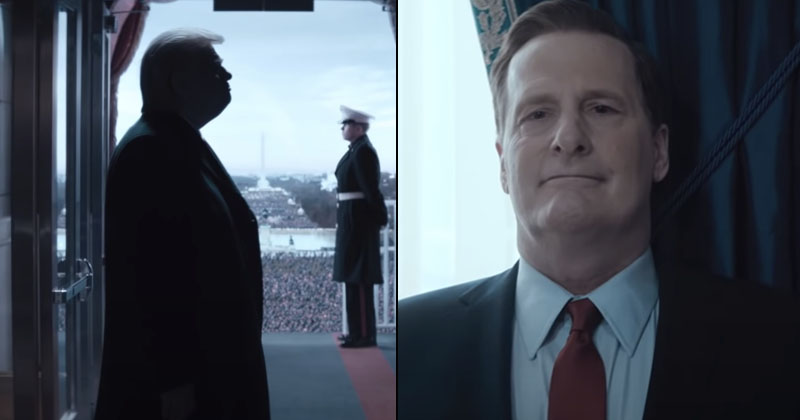 An upcoming show by Showtime portrays Donald Trump as a villainous Russian stooge in a political drama based on disgraced ex-FBI Director James Comey’s book “A Higher Loyalty.”

“The Comey Rule”, premiering next month, tells the story of the FBI’s “Crossfire Hurricane” investigation of Trump and his campaign through the perspective of Comey and his Deep State cronies.

“The series takes a deep-dive into the historically turbulent events surrounding the 2016 presidential election and its aftermath, which divided a nation. Rather than delivering a straight biopic, The Comey Rule‘s trailer give a tense and anxiety-ridden taste of a story about two powerful figures whose different personalities, ethics and loyalties put them on a collision course,” Deadline reported.

Comey, played by Jeff Daniels, faces off with Trump, played by Brendan Gleeson, in this political drama aimed at obfuscating what really transpired at the upper echelons of the FBI and Justice Department, which is that they illegally spied on Trump’s campaign using Russian dirt paid for Hillary Clinton’s campaign.

This propagandized drama also attempts to legitimize the thoroughly-debunked “Steele Dossier”, which became the FBI’s central basis for launching its “CrossFire Hurricane” operation against Trump and obtaining FISA warrants to spy on his campaign.

The show even mentions “Pizzagate”, a conspiracy theory which arose based on bizarre emails from Hillary Clinton’s campaign manager John Podesta that were leaked by WikiLeaks leading up to the 2016 election.