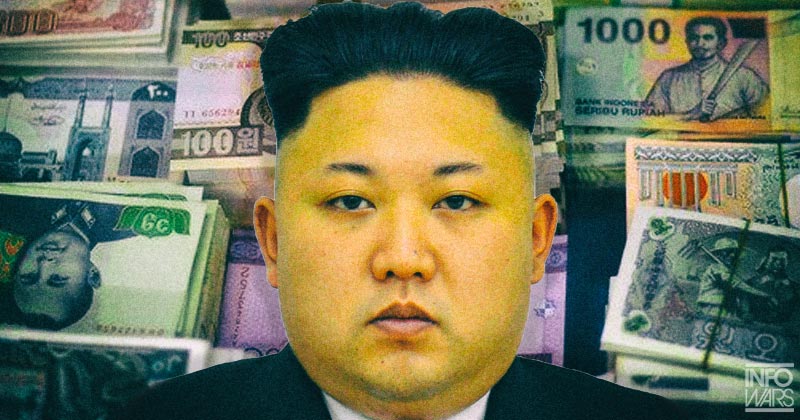 According to the U.S. Department of the Treasury, eighth North Korean banks and 26 individuals have been targeted in an attempt to further isolate the regime of Kim Jong-un.

“We are targeting North Korean banks and financial facilitators acting as representatives for North Korean banks across the globe,” Treasury Secretary Steven Mnuchin said. “This further advances our strategy to fully isolate North Korea in order to achieve our broader objectives of a peaceful and denuclearized Korean peninsula. This action is also consistent with UN Security Council Resolutions.”

Several of the penalized North Korean individuals are believed to be working from countries such as China, Libya, Russia and the United Arab Emirates.

The sanctions follow accusations from North Korea’s foreign minister Ri Yong-ho that recent statements from President Trump amount to a “declaration of war.” Trump on Saturday threatened that Pyongyang “won’t be around much longer” in response to a speech from Ri at the United Nations.

“Just heard Foreign Minister of North Korea speak at U.N.,” Trump tweeted. “If he echoes thoughts of Little Rocket Man, they won’t be around much longer!”

North Korea also said it may detonate a nuclear weapon over the Pacific Ocean after Trump warned the U.S. may have to “totally destroy North Korea” during his speech last week at the United Nations.

While at the United Nations Trump announced similar sanctions targeting people and entities tied to Pyongyang.

“North Korea’s nuclear program is a grave threat to peace and security in our world, and it is unacceptable that others financially support this criminal, rogue regime,” Trump said last week. “The brutal North Korean regime does not respect its own citizens or the sovereignty of other nations. A new executive order will cut off sources of revenue that fund North Korea’s efforts to develop the deadliest weapons known to human kind.”

The Trump administration’s goal remains the complete denuclearization of Pyongyang.