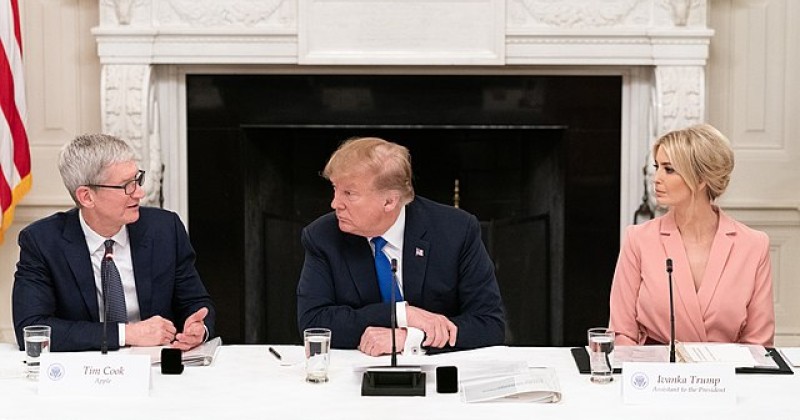 “The proposal is part of an initiative to create a Health Advanced Research Projects Agency (HARPA), which would be located inside the Health and Human Services Department,” reports the Daily Caller. “The new agency would have a separate budget and the president would be responsible for appointing its director.”

Alex Jones is live breaking down the AI surveillance state rollout which surpass the nightmares of George Orwell.

In other words, data collected from devices that spy on private conversations and closely monitor user behavior would be used to strip Americans of their fundamental rights.

“Though the proposal is starting as a voluntary data collection scheme allegedly aimed at finding warning signs of mental illness, we all know so-called “voluntary” government programs often become mandatory at the drop of a hat,” comments Chris Menahan.

According to the Washington Post, Trump has reacted “very positively” to the idea.

The full scope of the program is chilling and would provide Big Tech with an easy excuse to formally impose the total neuro-surveillance of citizens via their smart phone and home assistant devices, something that has already been occurring surreptitiously for years.

One wonders if Trump has any idea of the slippery slope this would entail, or whether he was sold on the idea because Ivanka cried.

The proposal bears some similarities to Communist China’s social credit score system, where citizens’ behavior is tightly surveilled and then met with rewards or punishments.

As we reported last month, the Chinese government bragged about preventing 2.5 million “discredited entities” from purchasing plane tickets and 90,000 people from buying high speed train tickets in the month of July alone.