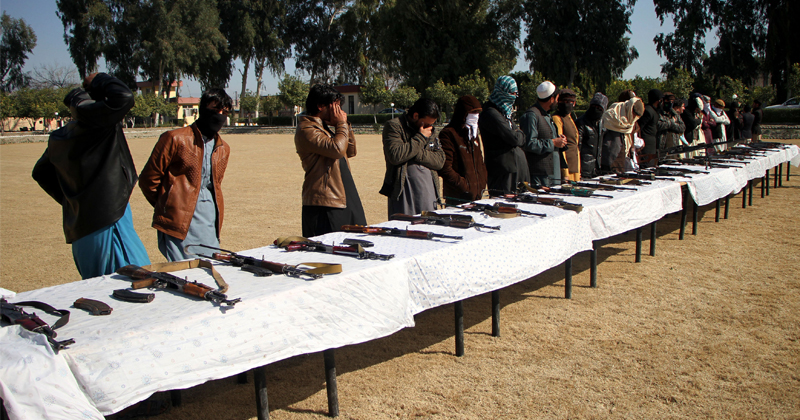 President Donald Trump says the US is about to sign agreements with the Taliban and the government of Afghanistan that could provide a way for withdrawal of troops from that country after almost 20 years of war.

Secretary of State Mike Pompeo is headed to Qatar, where he will witness the signing of an agreement with the Taliban in Doha, while Defense Secretary Mark Esper will “issue a joint declaration” with the government in Kabul, Trump announced on Friday.

“If the Taliban and the government of Afghanistan live up to these commitments, we will have a powerful path forward to end the war in Afghanistan and bring our troops home.”

The US president described the upcoming commitments as “an important step to a lasting peace in a new Afghanistan, free from Al Qaeda, ISIS, and any other terrorist group that would seek to bring us harm” and urged the people of Afghanistan “to seize this opportunity for peace and a new future.”

#BREAKING: US President Donald Trump in a statement makes the US Taliban peace deal announcement which is expected to take place in Doha in few hours. @SecPompeo will witness the signing of the agreement and @EsperDoD will issue joint declaration with Afghan Govt. pic.twitter.com/p4xVSXvGry


From what Pompeo has told reporters, the agreement will provide for a “conditions-based and phased” withdrawal of some 13,000 US troops currently in Afghanistan, and negotiations between the Taliban and the government in Kabul.

While hedging his bets about the prospects of peace, Trump noted this would be “substantial progress” on his 2016 campaign promise to end the war. He walked that commitment back in August 2017, escalating the war effort against the Taliban, only to see more US troops die without much progress.

Trump ended his announcement by thanking “hundreds of thousands of American warriors who have proudly served in Afghanistan” and honoring the “service and the sacrifices you and your families have made for the American people.”

Over 6,000 Americans, both active duty military and contractors, have been killed over the 19 years of war in Afghanistan according to official estimates.

The US first sent troops to Afghanistan in October 2001, less than a month after hijacked airplanes struck the World Trade Center and the Pentagon. The attack was blamed on Osama bin Laden and Al-Qaeda, and the Taliban government of Afghanistan was accused of sheltering them.

With the Taliban defeated by December 2001 and Al-Qaeda on the run, President George W. Bush changed the mission from revenge to “reconstruction,” an open-ended recipe for US troops staying in the country forever. Bin Laden was eventually found in Pakistan and killed in 2011.