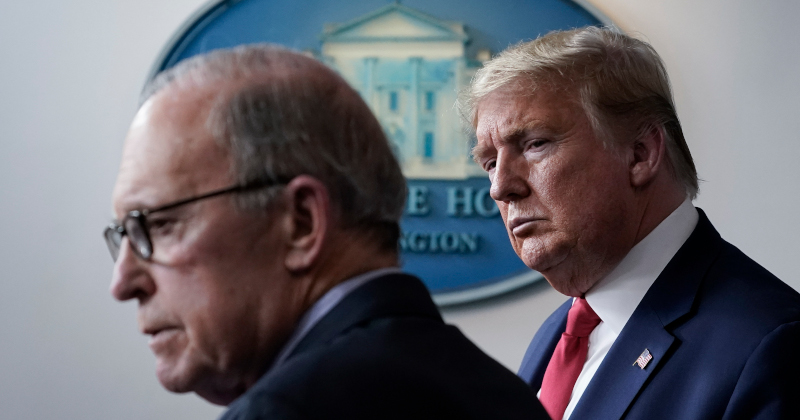 At this point, Fox Business should just give Larry Kudlow a set 20 minute slot every morning.

During his latest appearance, which comes just hours before President Trump delivers a widely-hyped statement on China’s latest abrogation of Hong Kong’s political freedoms, Kudlow said the president is “furious” over what Beijing has done “in recent days, weeks and months.”

He added that Trump will have “a lot of comments” and “a lot of ideas” about how to hold China accountable, which he will present to the press later on Friday.

Not long after Kudlow’s appearance, President Trump – who, in addition to dealing with the pandemic, is also battling with Twitter and monitoring the situation in Minneapolis – tweeted a typically terse burst of rage.

It’s still not clear when today’s press briefing will be held.

No word yet on when the president's China press conference will be today, but his top economic adviser, Larry Kudlow, just told Fox that the U.S. is "furious" with how China has acted in recent months.

As of 0920ET, the White House calendar only had one live press event – a 4pm roundtable with industry execs – on the agenda.