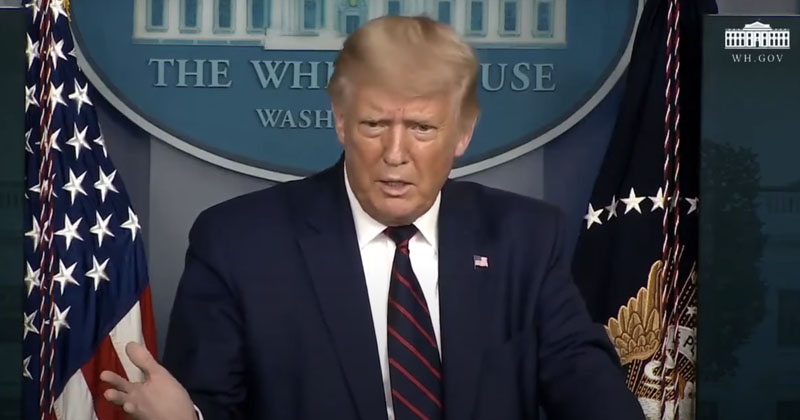 President Trump tore into the mainstream media for their fawning treatment of Democrat presidential candidate Joe Biden on Friday, asserting their softball questions for him were “meant for a child.”

During a hostile White House press briefing on Friday, Trump pointed out how the press would never ask Biden tough questions like they were doing with him.

“I watched the interview with sleepy Joe Biden and…you didn’t ask questions like that,” Trump said.

“They were smiles on the reporters. What do you think? Take a look at those questions that they asked him. They were not meant for a grown up, they were meant for a child.”

The president wasn’t the only person to take issue with the mainstream media’s questions for Biden.

The Washington Examiner’s Byron York listed their questions on Twitter to showcase how ridiculous and one-sided the media was during Biden’s presser, especially given Biden rarely takes questions this election cycle.

Some questions simply asked when Biden would be tested for COVID-19, while others asked what he thought about “Trump’s soul and the life he leads.”

Many of the questions for Joe Biden after his remarks today consisted of reporters asking Biden to elaborate on how bad Trump is. A list (not exact quotes): pic.twitter.com/0ixZlVcItz

Watch the media lob softballs at Biden during his Friday speech below:

Hiding Biden finally crawled out of his hole. He was met with his one lone supporter outside of his appearance at a church in Kenosha, Wisconsin to finally address the Marxist media brainwashed mob violence upon that city that racked up over $2 million dollars worth of damage to city property alone.