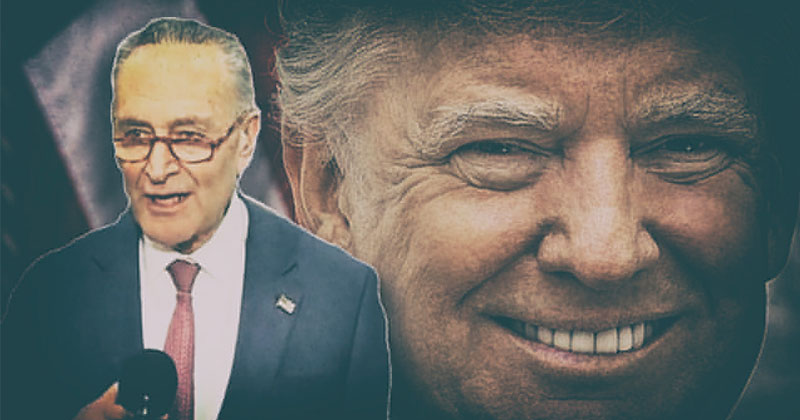 In a response letter to Democrat Senator Chuck Schumer, President Trump didn’t hold back in exposing the left’s politicization of COVID-19.

Schumer’s original letter, sent on Thursday, called for the appointment of a military coronavirus czar, stating, “It is long past the time for your Administration to designate a senior military officer to fix this urgent problem. That officer should be given full authority under the Defense Production Act (DPA) to complete and rapidly implement a plan for the increased production, procurement and distribution of critically-needed medical devices and equipment.”

“Well-documented shortages of protective equipment, tests, and medical supplies are now beyond acute in my home state of New York and other hard-hit areas, and similar shortages are expected sonic many other parts of our country,” the senator claimed.

Read Schumer’s full letter by clicking the image below: 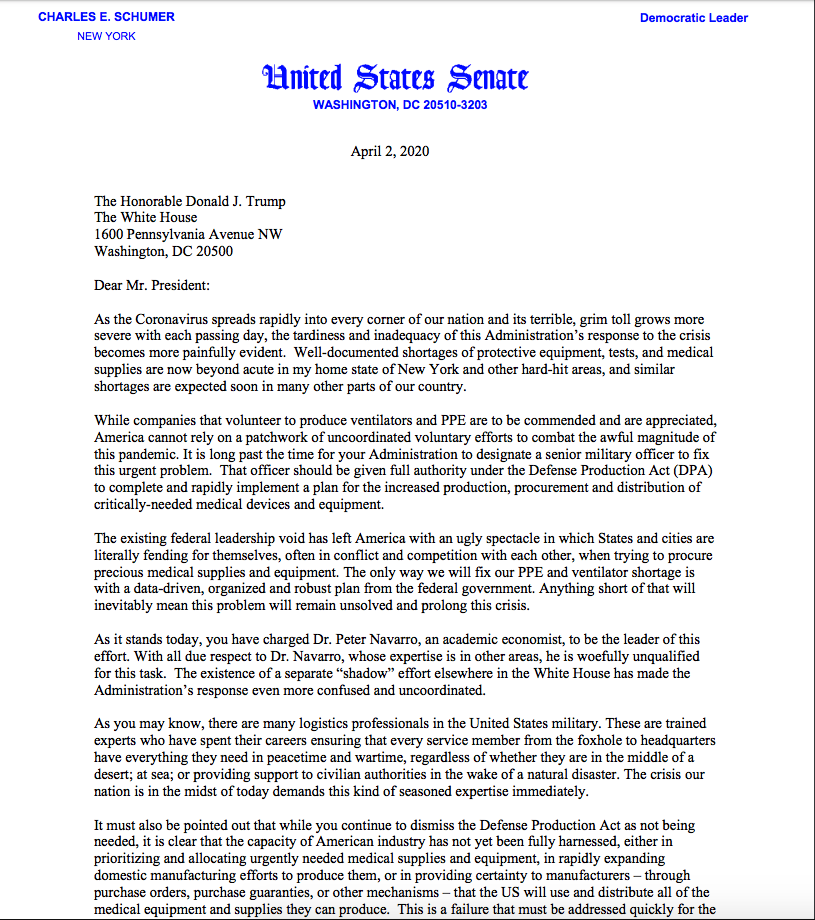 “Thank you for your Democrat public relations letter and incorrect sound bites, which are wrong in every way,” POTUS wrote to open the letter.

“As you are aware,” he continued. “Vice President Pence is in charge of the Task Force. By almost all accounts. he has done a spectacular job.”

This was Trump’s answer to Schumer’s call for a coronavirus “czar” to be appointed.

Touching on the Defense Production Act (DPA), President Trump told Schumer it “has been consistently used by my team and me for the purchase of billions of dollars’ worth of equipment, medical supplies, ventilators and other related items. It has been powerful leverage, so powerful that companies generally do whatever we are asking, without even a formal notice. They know something is coming and that’s all they need to know.”

When it comes to the purchase and distribution of medical supplies, Trump explained that “Rear Admiral John Polowczyk is working 24 hours a day, and is highly respected by everyone.”

“If you remember,” he added. “My team gave you this information, but for public relations purposes, you choose to ignore it.”

In regard to Schumer’s claim that New York is experiencing “shortages of protective equipment, tests and medical supplies,” POTUS said New York was given many things, including a record supply of ventilators.

“You should have had New York much better prepared than you did,” Trump emphasized. “And as Dr. Fauci and Dr. Birx said yesterday, New York was very late in its fight against the virus. As you are aware, the Federal Government is merely a back-up for state governments. Unfortunately, your state needed far more of a back-up than most others.”

Continuing to lay into the NY senator, trump wrote, “If you spent less time on your ridiculous impeachment hoax, which went haplessly on forever and ended up going nowhere (except increasing my poll numbers) and instead focused on helping the people of New York, then New York would not have been so completely unprepared for the invisible enemy.”

“No wonder ADC and others are thinking about running against you in the primary, if they did, they would likely win!” he teased.

“Fortunately, we have been working with your state and city governments, Governor Andrew Cuomo and Mayor Bill de Blasio, to get the job done,” Trump noted. “You have been missing in action, except when it comes to the ‘press.’ While you have stated that you don’t like Andrew Cuomo, you ought to start working alongside him for the good of all New Yorkers.”

“I’ve known you for many years, but I never knew how bad a senator you are for the state of New York until I became President,” Trump wrote to close the letter. 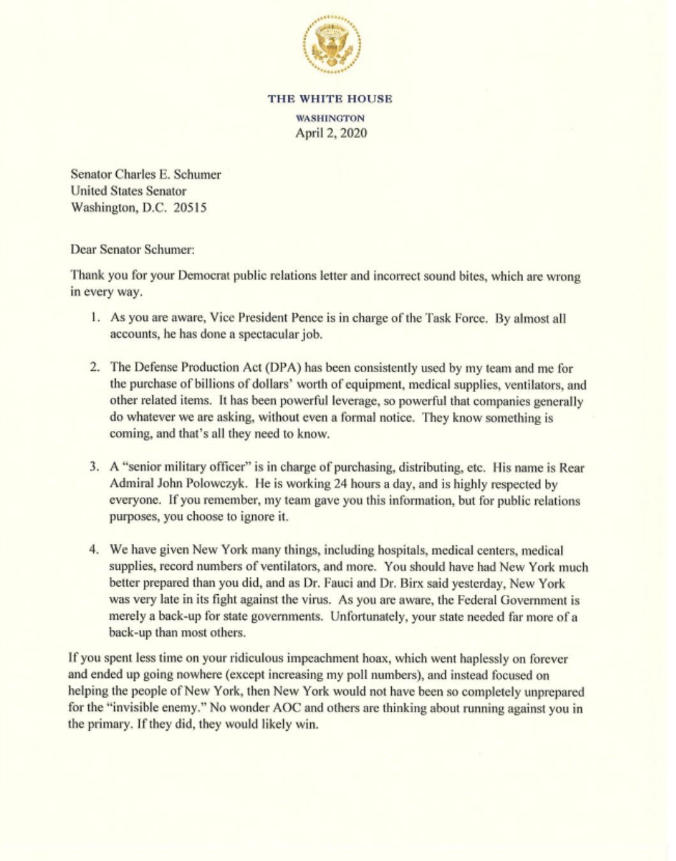