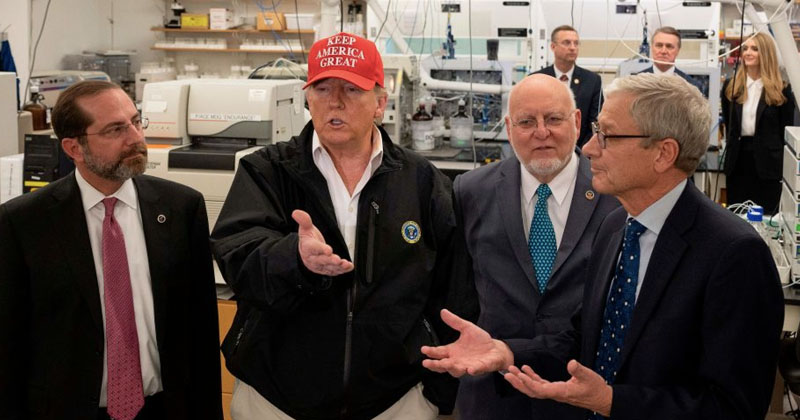 The drastic new measures announced yesterday in Rome’s draft decree to contain Europe’s worst novel coronavirus outbreak have now been put into practice: Italians awakened on Sunday to conditions that haven’t been seen in the country since the partisans in Giulino di Mezzegra, a small village in the Italian north that is now under quarantine, executed Mussolini.

With the quarantine imposing strict rules governing who can and can’t leave the area, anyone living in Lombardy and 14 other central and northern provinces will need special permission to travel. Milan and Venice, two of the largest cities in the country, which is also Europe’s third-largest economy with a total population of roughly 60 million – are both affected.

Overall, some 16 million Italians will be impacted by the strict quarantines – roughly 25% of the Italian population.

The most salient details of the Italian quarantine are as follows: In the quarantine region, weddings and funerals have been suspended, as well as religious and cultural events. Cinemas, night clubs, gyms, swimming pools, museums and ski resorts have been closed. Restaurants and cafes in the quarantined zones can open between 06:00 and 18:00 but customers must sit at least 1m (3ft) apart. People have been told to stay at home as much as possible, the BBC reports.

Those who willingly decide to break the quarantine could face three months in jail.

Restrictions apply to all of the Lombardy region, which includes many of Italy’s largest cities and most economically important provinces. According to Turkey’s Anadolou News Agency, along with Lombardy, the quarantine includes the cities of Modena, Parma, Piacenza, Reggio Emilia, Rimini, Pesaro e Urbino, Alessandria, Asti, Novara, Verbano Cusio Ossola, Vercelli, Padova, Treviso and Venice.

PM Giuseppe Conte said sports matches will be held without crowds, and that schools in all quarantined locations will be on break until April 3.

In a tweet retweeted by Conte, WHO Director-General Dr. Tedros congratulated the Italian government for imposing “extraordinary measures”, and specifically praised Italian President Sergio Mattarrella for his boldness in getting the draft decree adopted into law.

Wow from Italian data 10% of cases admitted to ICU… pic.twitter.com/FSWx2xG8oY

In the Vatican, which confirmed its first case the other day, Pope Francis delivered his first live-streamed Sunday prayer to avoid the usual crowds forming. The Pope said he was “close through prayer” with those suffering from the epidemic. The Pope is also just recovering from a relatively serious ‘indisposition’ that officials said was definitely not the coronavirus (the pontiff was reportedly tested).

Over in the US, Dr. Anthony Fauci, the head of NIAID and the CDC’s point man on the outbreak, delivered some appropriately severe comments in a statement to the press delivered early Sunday.

The celebrated epidemiologist warned the public that they should avoid public gatherings because the virus’s seemingly rapid spread within communities on the West Coast is “not encouraging.”

The Washington Post reports, citing a tweet from Rep. Joaquin Castro (D-Texas), that the Grand Princess passengers are expected to be quarantined at the Lackland Air Force Base in San Antonio, where evacuees from the Diamond Princess and Wuhan have been quarantined.

Meanwhile, hours after announcing the District’s first coronavirus case, the DC Department of Health said Sunday that it was investigating whether members of a Georgetown church were exposed to the deadly virus.

In Albany, Gov. Cuomo said that NY and NYC wanted to avoid the quarantines imposed in Italy and China, but he would shut down NYC schools if he really felt it necessary.

NY Gov Andrew Cuomo just told Fox News “worse than the virus right now is the fear pandemic” & “the fear is more dangerous than the virus.”

This is a trope ppl repeat that sounds insightful — but is it true? Undue fear is dumb, yes, but the virus is killing people — is the fear?

In a tweet sent early Sunday, President Trump defended the US response to the virus, praised VP Mike Pence (but notably not HHS Secretary Azar, and insisted that the “Fake News” media was deliberately trying to make him look bad.

We have a perfectly coordinated and fine tuned plan at the White House for our attack on CoronaVirus. We moved VERY early to close borders to certain areas, which was a Godsend. V.P. is doing a great job. The Fake News Media is doing everything possible to make us look bad. Sad!

We can’t help but wonder: Does this “plan” involve mass Italy- and/or China-style quarantines?

Elsewhere, in the UK, health officials confirmed another batch of cases, bringing the national total between the four kingdoms to 273. Among them, a student at Oxford University, the first case at the school.

As we reported last night, South America recorded its first coronavirus death, a 64-year-old Argentinian man, meanwhile, in Australia, a man in his 80s died, marking the country’s third death from the virus.

In Malaysia, which has been one of the more successful countries at combating the outbreak, officials banned all cruise ships from landing (taking a page out of President Trump’s book).

Of course, even as President Trump said he would prefer to leave the passengers on the Grand Princess offshore indefinitely (he doesn’t need his ‘numbers’ to double, as he said the other day), the US doesn’t have that luxury considering most of them are American citizens.

The Netherlands reports 77 new cases of coronavirus and 2 new deaths, raising total to 265 cases and 3 dead. German Health Minister Jens Spahn advised all events with more than 1,000 participants to be cancelled.

Iran on Sunday reported 49 deaths and more than 700 new cases of the virus, according to health authorities. As the worst outbreak outside China intensifies, the regime has urged citizens to stay home and avoid travel between cities, while many of Iran’s neighbors have closed their borders to Iranian citizens.

According to WaPo, the new cases bring the official death toll in Iran to 194, with a total number of confirmed cases climbing to 6,566 infections.

The new cases bring the official death toll in Iran to 194, with a total of 6,566 infections, according to the Health Ministry.

The outbreak is one of the largest outside China, where it is believed the virus originated.

In New York, as the number of confirmed cases passes 100, an Uber driver living in the Queens neighborhood of Far Rockaway has reportedly been hospitalized with the virus. As one reporter noted.