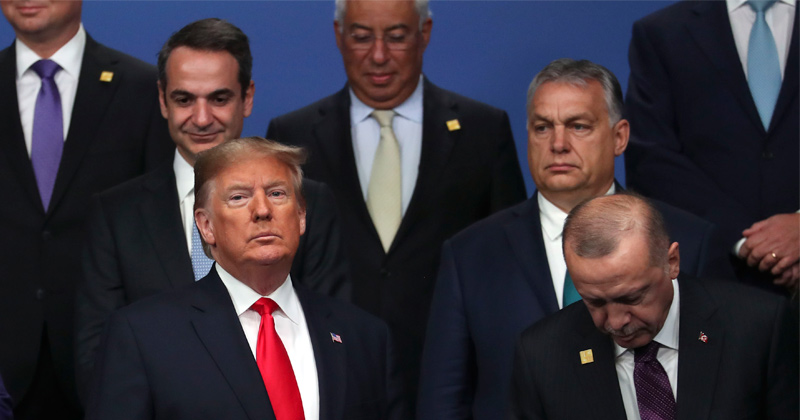 US President Donald Trump has abruptly cancelled his final press conference at the NATO summit in London, following two days plagued by internal stresses and tensions between bloc members.

Trump tweeted that when his Wednesday meetings are over, he will head back to Washington and won’t do a planned press conference at the close of the summit, saying he had already done “so many over the past two days.”

There was immediate speculation, however, that Trump’s decision to head home early came in response to a video which appeared online Wednesday, apparently showing Canadian Prime Minister Justin Trudeau and French President Emmanuel Macron mocking the US leader, though they did not mention him by name. Asked by reporters earlier about the video, Trump called Trudeau “two-faced.”

The NATO summit has been beset with difficulties and strife between member states, as Trump continued to chide other leaders for not increasing their countries’ defense budgets to at least 2 percent of GDP.

In a press conference on Tuesday, Trump sarcastically praised Macron for “one of the greatest non-answers I have ever heard” after the US leader asked him if he’d like to take “some nice ISIS fighters” into France. The jibe came as the US announced plans to impose heavy tariffs on some French goods in response to Paris’ decision to tax big tech companies. Ahead of the London summit, Trump also berated Macron for his “nasty” statement about NATO being “brain-dead.”

“You just can’t go around making statements like that about NATO. It’s very disrespectful,” he told reporters.

In a sign of how tense relations became, UK Prime Minister Boris Johnson was even forced to dismiss suggestions by a reporter that he does not take Trump seriously as “complete nonsense.”

The 70th anniversary summit also came at a time of mounting tensions between the US and NATO member Turkey. Concerned over Ankara’s recent incursion into northern Syria and arms deals with Russia, Washington has warned in recent weeks that Turkey may be drifting away from the alliance and expressed a desire to bring it “back into the fold.” For his part, Turkish President Recep Tayyip Erdogan has demanded continued support from NATO and said membership of the bloc does not preclude Ankara from being friendly with Russia.

Despite recent difficulties, Trump offered some tepid praise for Turkey during the summit, saying that it was a “very good member” of the alliance “or will be” in the future.

David Icke joins The Alex Jones Show to expose the technological take over and how human thought will be a tragic casualty.