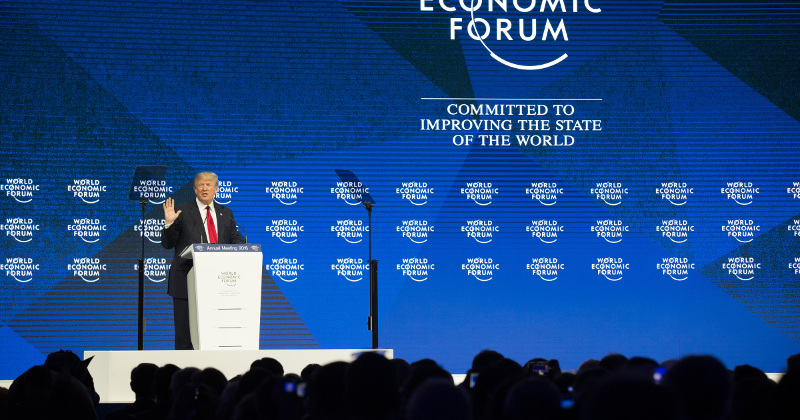 Alex Jones issues a dire warning to the individuals who chose to join the globalists’ dishonorable war against humanity where decimating whole human populations is their primary objective.

“Out of consideration for the 800,000 great American workers not receiving pay and to ensure his team can assist as needed, President Trump has canceled his Delegation’s trip to the World Economic Forum in Davos, Switzerland,” press secretary Sarah Sanders said in a late Thursday statement.

President Trump will soon deliver his State of the Union address and the key issue is the crisis on the Southern border.