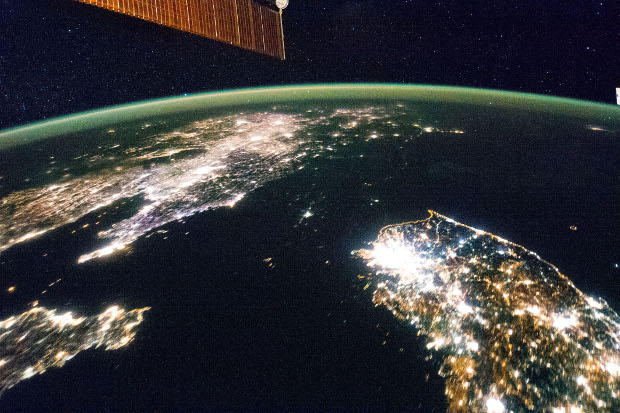 President Donald Trump delivered a robust address to the South Korean National Assembly in Seoul, heaping praise on the nation’s accomplishments before launching into a blistering condemnation of the Kim dictatorship and its mistreatment of North Koreans.

Standing just miles from the Demilitarized Zone between the once unified countries, Trump used his looming proximity to deliver a stern, strategic warning aimed directly at young Kim Jong-un and his hereditary hermit kingdom.

“I also have come here to this peninsula to deliver a message directly to the leader of the North Korean dictatorship,” Trump announced. “Weapons you are acquiring are not making you safer. They are putting your regime in grave danger.”

“Every step you take down this dark path increases the peril you face. North Korea is not the paradise your grandfather envisioned. It is a hell that no person deserves.”

“Yet, despite every crime you have committed against God and man… we will offer a path to a much better future,” he continued. “It begins with an end to the aggression of your regime, a stop to your development of ballistic missiles, and complete, verifiable, and total de-nuclearization.”

Trump called on all other “peace-loving nations” to collaborate in applying ample pressure on the North Korean government to force them to stand down peacefully and cease their pursuit of nuclear weapons.

“The world cannot tolerate the menace of a rogue regime that threatens with nuclear devastation,” he said. “All responsible nations must join forces to isolate the brutal regime of North Korea.”

“We call on every nation, including China and Russia, to fully implement UN Security Council resolutions, downgrade diplomatic relations with the regime, and sever all ties of trade and technology.”

President Trump later tweeted a video featuring choice quotes directed at North Korea from his speech, overlaid with imagery of highlights from his time on the peninsula.

“NoKo has interpreted America’s past restraint as weakness,” he wrote. “This would be a fatal miscalculation. Do not underestimate us. AND DO NOT TRY US.”

NoKo has interpreted America’s past restraint as weakness. This would be a fatal miscalculation. Do not underestimate us. AND DO NOT TRY US. pic.twitter.com/4llqLrNpK3

Throughout a 35-minute speech punctuated often by applause, Trump contrasted the nations now split by the 38th Parallel.

As a metaphor, Trump referred to infamous nighttime satellite imagery that depicts a bright, thriving South Korea situated just below the extreme darkness of the North, where only about one in three citizens have access to sporadic electrical power.

President Trump has arrived in Beijing on the next leg of his Asian tour, where he is expected to apply additional pressure on President Xi Jinping regarding the North Korea issue, amid trade talks and other diplomatic matters.

The President had planned to make an unannounced visit to the Demilitarized Zone, but was forced to change plans due to inclement weather and related security concerns.