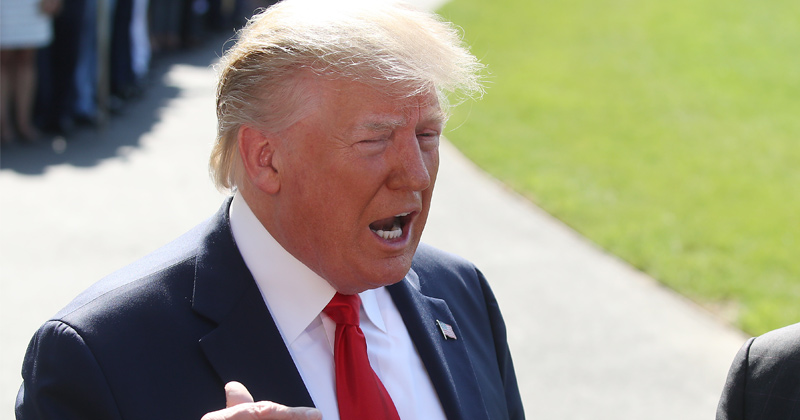 President Trump said he threw convicted sex offender Jeffrey Epstein out of his club years ago and that he never went to Epstein’s private island in the Caribbean.

During a press conference on the White House lawn, Trump said he “was not a fan of Jeffrey Epstein” and that 86ing him out of his club happened “many, many years ago.”

“I was not a fan of Jeffrey Epstein, and you watched people yesterday say that I threw him out of a club,” Trump responded to a reporter. “I didn’t want anything to do with him, that was many, many years ago.”

“It shows you one thing, that I have good tastes, okay?”

“His island, wherever his island is, I was never there.”

“Find out the people who went to the island,” the president concluded. “But Jeffrey Epstein was not somebody I respected, I threw him out and in fact I think the great James Patterson, who’s a member of Mar-a-Lago, made the statement yesterday that many years ago I threw him out. I’m not a fan of Jeffrey Epstein.”

Presumably the falling out happened after 2002 when Trump praised Epstein, especially given that Epstein was busted for sex charges in 2008.