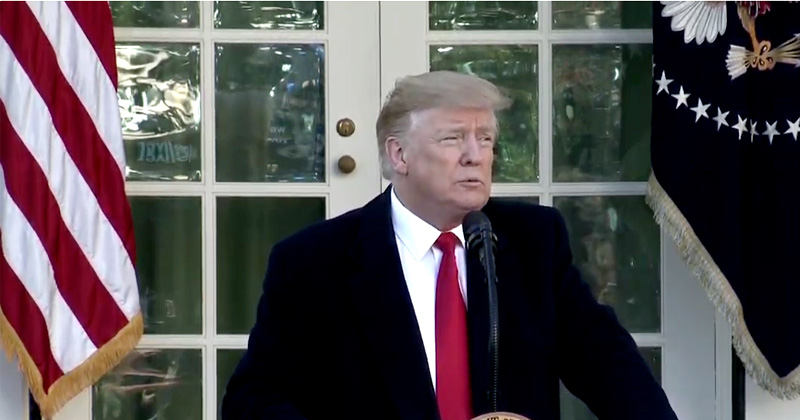 President Trump announced a deal has been reached to re-open the government, while implying that he can still declare a national emergency to build a border wall if need be.

The president said he will sign a bill to reopen the government for three weeks so federal workers can receive back pay.

“As everyone knows, I have a very powerful alternative I did not want to use at this time,” the president stated on Friday. “Hopefully it will be unnecessary.”

Trump stated that he heard from enough Congressional Democrats who supported his plans for border security to make him comfortable with reopening the government temporarily while talks continue.

“They know they cannot afford to be seen blocking border security,” said Jessica Vaughan, policy director at the Center for Immigration Studies, as reported by Breitbart. “We have to remember that Nancy Pelosi is not in the Speaker’s chair now because voters want to abolish ICE or open the border.”

“The Democrats won [in November] because there were a lot of Democratic candidates who won because they said they were just as hawkish on immigration as Republicans.”

Roger Stone joins Alex Jones live over the phone to issue an emergency message to President Trump as his lines of communication are cut off and the mainstream media ignores his actual statements regarding his indictment.