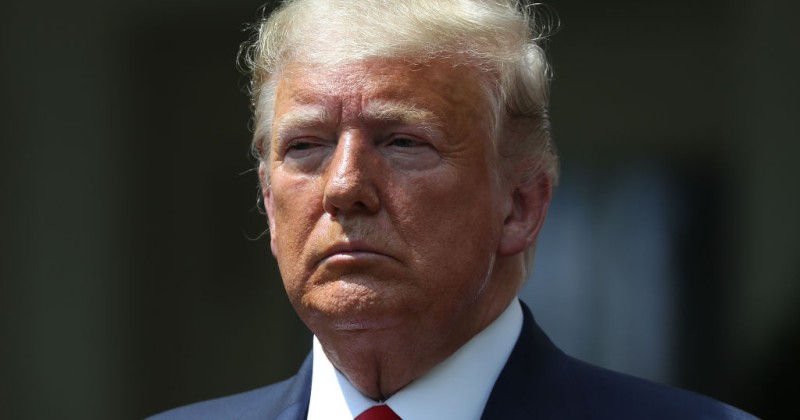 President Donald Trump has called on the Republican-held Senate to kill a bill that would overturn his controversial travel ban. The Democrats, he said, want to turn the US into “Venezuela on steroids.”

Comparing one’s opponents to communists or Stalinists is a tired trope in American politics, but President Donald Trump added another anti-socialist slur to the phrasebook on Saturday.

“The Democrats in the House are trying to undo my big win Travel Ban Bill, which successfully keeps very bad and dangerous people out of our great Country,” he tweeted. “Passed along party lines. Hopefully, will be DEAD in the Senate! The Dems have gone Stone Cold Left – Venezuela on steroids!”

The Democrats in the House are trying to undo my big win Travel Ban Bill, which successfully keeps very bad and dangerous people out of our great Country. Passed along party lines. Hopefully, will be DEAD in the Senate! The Dems have gone Stone Cold Left – Venezuela on steroids!

The Democrat-controlled House voted on Wednesday for a measure that would repeal Trump’s travel ban. Though the measure passed with a largely party lines vote of 233-183, it now faces a stiffer challenge in the Senate, where the GOP holds a 53-47 majority.

Trump’s travel ban, affecting some citizens of Iran, Libya, North Korea, Somalia, Syria, Venezuela and Yemen, was issued just one week into his presidency in 2017, and was widely construed as a ‘Muslim ban’. The ban was challenged in several federal courts, with the Supreme Court eventually accepting a revised version, which came into force in 2018. An update to the ban this year restricted immigrant visas for nationals of Eritrea, Kyrgyzstan, Myanmar and Nigeria, and suspended ‘diversity visas’ for citizens of Sudan and Tanzania.

Despite accusing his opponents of anabolically enhanced socialism, Trump himself boasted of intervening in the free market just an hour before calling the Democrats “stone cold left.”

“Yesterday I signed four measures that will massively reduce the price of prescription drugs,” he tweeted, adding: “Nothing like this has ever been done before because Big Pharma, with its vast power, would not let it happen.”

One of the executive orders he signed on Friday would give Medicare the power to negotiate drug prices based on what other first-world nations pay. Republicans have until now balked at such a policy, calling it tantamount to “socialism.” In fact, a Medicare act in 2003 explicitly banned such negotiation to please Republican lawmakers.