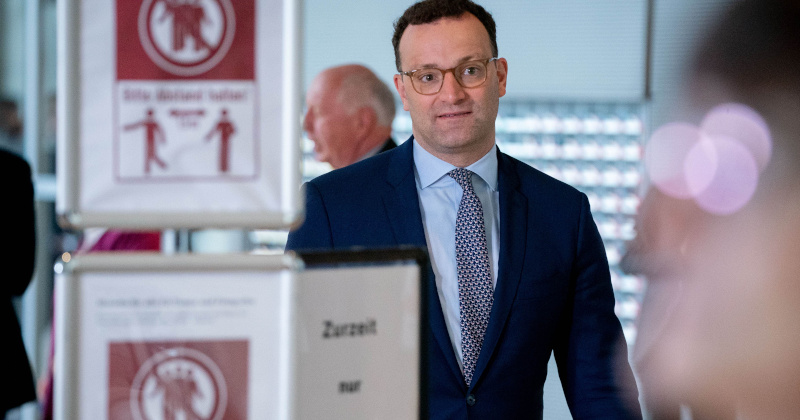 Last Tuesday, President Donald Trump threatened to permanently freeze US funding of the World Health Organisation if the UN health body failed to “commit to major substantive improvements in the next 30 days.”

German Health Minister Jens Spahn has argued that President Donald Trump’s drive to improve the World Health Organisation (WHO) makes sense but added that now was not the right time to undermine the UN health agency.

“In the middle of a crisis, when you’re putting out fires, you can’t talk about reforming the fire brigade. First, we have to deal with the crisis, and only then talk about the WHO,” Spahn was cited as saying by the Financial Times on Sunday.

According to him, even though the organisation was susceptible to “influence by individual members” and “must become less dependent on [those] countries, […] it’s a different thing entirely to say we don’t need the WHO any more.”

He did not mention China when adding that the US “does have a point — the WHO needs to reform its governance and accountability” and that “we need to figure out exactly where the money goes.”

The German Health Minister admitted that he would be “very sorry” if the US exits the WHO, pointing to Washington’s critical contribution to the organisation’s work.

“Of course the US, Germany, Europe — we can do a lot on our own, but there are a lot of countries in the world that can’t. They need support and they should get it. If Ebola breaks out in another part of the world then we’ll no longer be able to control it,” Spahn underscored.

US President Threatens to Permanently Freeze American WHO Funding

In the letter, POTUS threatened to make the US WHO funding freeze permanent and “reconsider our membership” in the organisation if the agency “does not commit to major substantive improvements within the next 30 days.”

This is the letter sent to Dr. Tedros of the World Health Organization. It is self-explanatory! pic.twitter.com/pF2kzPUpDv

Trump slammed the WHO for “ignoring the credible reports of the virus spreading in Wuhan” that “conflicted directly” with the Chinese government.

He accused the agency of “making claims” on the coronavirus “that were grossly inaccurate or misleading” and giving in to alleged “pressure” by Chinese President Xi Jingping to not immediately proclaim the COVID-19 outbreak an emergency.

“The only way forward for the World Health Organisation is if it can actually demonstrate independence from China,” the letter read.

The accusations against China were also fuelled by US Secretary of State Mike Pompeo who blamed Beijing for covering up the coronavirus outbreak in Wuhan and pointed to alleged “enormous evidence” that the coronavirus originated in a Wuhan biolab.

The US allegations have repeatedly been rejected by the Chinese Foreign Ministry, which called on Washington to “handle its domestic affairs properly first”, rather than shift the blame and focus onto China. The Ministry also pointed out that WHO officials have “repeatedly stated that there is no evidence showing the virus was made in a lab”.

Trump Stops US Funding of WHO

In April, Trump announced that US funding of the WHO would be halted, accusing the UN health agency of being “China-centric.” The US president also announced a suspension period of 60 to 90 days pending the completion of a probe into the WHO and China’s actions during the onset of the pandemic.

The decision was harshly criticised by the UN health body and the international community, with the US Chamber of Commerce, for its part, claiming that POTUS had compromised the country’s interests by ending Washington’s WHO funding.

UN Secretary-General Antonio Guterres, for his part, warned that that it was “not the time to reduce the resources for the WHO […] in the fight against the virus.”