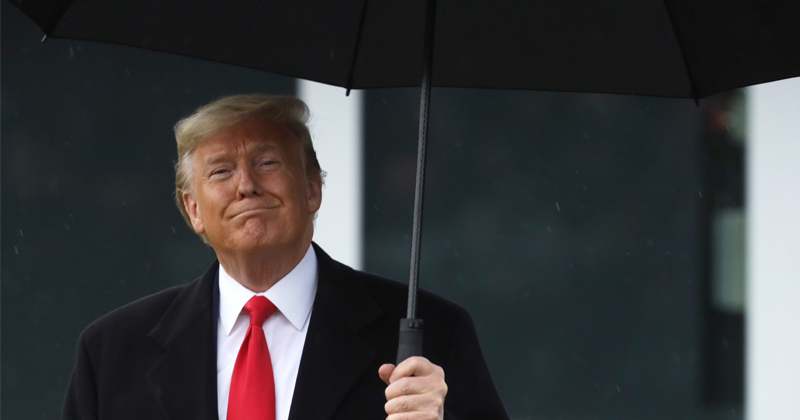 President Trump withdrew the nomination of former US attorney for DC, Jessie Liu to the #3 spot at the Treasury – which she quit her job last month in anticipation of.

The move comes hours after four prosecutors in the Roger Stone case tendered their resignations because the DOJ rejected their absurdly punitive sentencing recommendations in Stone’s case.

Liu was confirmed in September 2017 to oversee the DC US attorney’s office, and was expected to stay through her nomination. Instead, she was unexpectedly informed last month that she would be replaced by Attorney General Bill Barr’s close adviser, Timothy Shea, per Axios – which adds that her withdrawn nomination to the Treasury Department’s undersecretary for terrorism and financial crimes was the “president’s call,” according to a former administration official familiar with the situation.

On top of that, Liu came under fire last week for declining to press charges against two U.S. Park Police officers who fatally shot a harmless and unarmed driver four times in the head.

The Conservative Treehouse has covered Liu extensively. Read more about her here.

In short – the swamp just got a little lower.

Trump got Liu to step down as US Attorney for DC by nominating her to a top Treasury Dept. Job, then appointed Timothy O'Shea to be the new US Attorney for DC…and then he WITHDREW LIU'S NOMINATION the same day all these prosecutor's are QUITTING?!