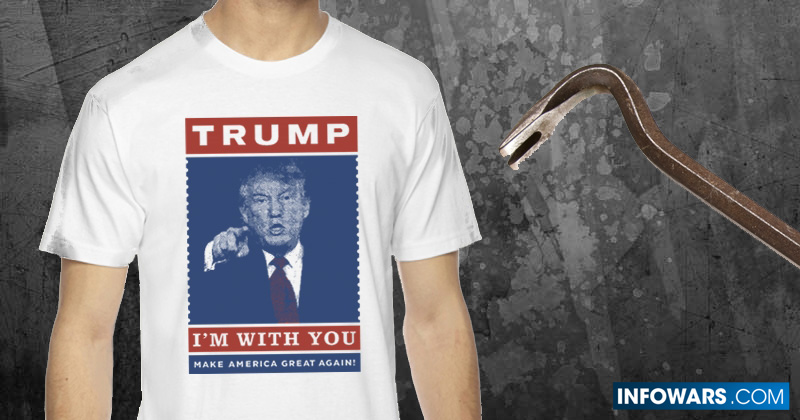 A 62-year-old man was beaten with a crowbar by a stranger who took offense to his Trump t-shirt.

The Trump fan was recently walking down a busy avenue during rush hour traffic in Bloomfield, NJ, when another man pulled up beside him and questioned his public support for the GOP nominee.

“The motorist inquired why the man was wearing the shirt, directing profanities at him,” Bloomfield Police spokesman Ralph Marotti said. “The victim continued to walk away as the motorist followed him.”

The suspect chased the man into the parking lot of Friendly’s Restaurant where he jumped out of his car with a crowbar and struck the man several times.

Fortunately the Trump fan was treated at the scene and survived.

Police are still looking for the attacker.

The incident is the latest in a series of violent attacks targeting Trump supporters over their political views, and each incident underscores the necessity of concealed carry for self-defense.

Yesterday Infowars reported on the Cleveland, Ohio, bar shooting in which a 60-year-old was shot in the leg for believing Donald Trump will make a good president.

And a 68-year-old Vietnam veteran was violently attacked and called a “white motherf**ker” by a suspect who overheard him say he supported Trump.

“I don’t see why it’s not a hate crime with all the words he was saying,” the vet told media. “It was all about me being a white man and supporting Trump.”

It seems the authoritarian left, who constantly preach “tolerance,” are in fact the most intolerant of all.

“Liberals claim to want to give a hearing to other views, but then are shocked and offended to discover that there are other views,” conservative commentator William Buckley once said.