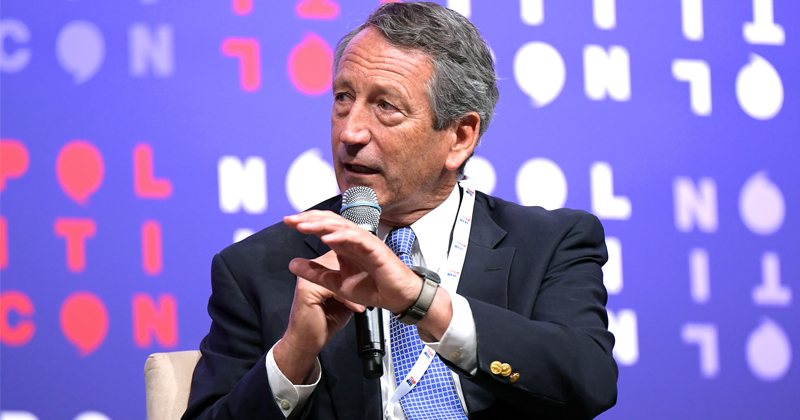 Earlier, President Trump mocked Sanford and the two other Republicans planning to run against him for the 2020 nomination, referring to them as “the three stooges,” and recalling Sanford’s fling with a “flaming dancer” from Argentina.

Former South Carolina Governor Mark Sanford suspended his 2020 presidential campaign on Tuesday, saying he did not anticipate the Democrats’ move to launch an impeachment investigation against President Donald Trump in September, shortly after he entered the race.

“You’ve got to be a realist,” Sanford said, as quoted by AP. “What I did not anticipate is an impeachment.”

“It was a long-shot, but we wanted to try and interject this issue, how much we’re spending, into the national debate which comes along once every four years. I don’t think on the Republican side there is any appetite for a nuanced conversation on issues when there’s an impeachment overhead,” Sanford explained.

Before dropping out, an Economist/YouGov poll had Sanford running at 2 percent of potential Republican voters for the 2020 primary, with Trump, the sitting president, polling at 86 percent.

Complicated by the impeachment inquiry against Trump that was launched by House Democrats in late September, Sanford’s long-shot bid for the White House took a turn for the worse in October, after GOP primaries across five states, including his home state of South Carolina, were cancelled.

Sanford was one of three Republicans looking to challenge Trump for the Republican nomination, including former Illinois Congressman Joe Walsh and ex-Massachusetts Governor Bill Weld.

…but then he ran for Congress and won, only to lose his re-elect after I Tweeted my endorsement, on Election Day, for his opponent. But now take heart, he is back, and running for President of the United States. The Three Stooges, all badly failed candidates, will give it a go!


Sanford, a strong critic of President Trump, and particularly his spending policy, received a tongue-lashing from the president in September, with Trump branding him and other challengers as “all badly failed candidates,” and recalling a 2009 scandal involving an extramarital affair between Sanford and an Argentinian woman.

What Could POSSIBLY Be Behind Bombings In Sweden?

BBC struggles to discover the reason that Sweden has suddenly been hit by a rash of bombings.