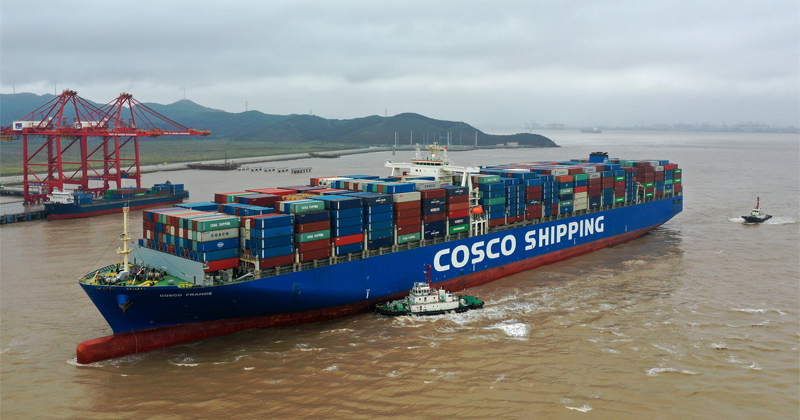 The Trump administration granted temporary exemptions to hundreds of Chinese products imposed last year, according to Politico, citing three notices published in the Federal Register on Friday. Among the ‘unbanned’ products are plastic straws, printed circuit boards and Christmas tree lights, to name a few.

It is unclear how large a portion of last year’s $250 billion tariff package the exemptions constitute, however the move stems from over 1,100 exclusion requests by US companies and other domestic entities, according to the documents.

As CNBC notes, the exemptions cover a total of 437 types of products.

The U.S. Chamber of Commerce in partnership with RSM US LLP, an audit and tax consulting firm, released a quarterly survey report on Thursday showing that 40 percent of midsize company leaders say Trump’s tariffs on imported goods are posing challenges for their business. Twenty-six percent also reported being hurt by retaliatory tariffs that China and other countries have imposed in response to Trump’s duties over the last two years. –Politico

“To guard against a possible recession, policymakers need to restore economic certainty, and that means deescalating trade tensions with China, passing [the U.S.-Mexico-Canada Agreement] and investing in the future through an infrastructure package,” he added.

Several factors were considered in determining exclusion requests, including whether the particular product – or an acceptable substitute – is only available from China, whether additional duties imposed on the product would cause severe economic harm to the applicant or to other US interests, and whether the US considers the product strategically important or linked to Beijing’s “Made in China 2025” industrial program, or ones like it.

Trump initially imposed duties on $50 billion worth of Chinese goods that he said benefited from Chinese government support under the “Made in China 2025” initiative. But when Beijing retaliated, Trump expanded his action to include products outside his original target zone.

By the end of the year, Trump will have imposed either a 30 percent or a 15 percent duty on as much as $550 billion worth of Chinese goods as a result of tariff hikes set to take effect in October and December. –Politico

According to CNBC, exempted products covered by Friday’s USTR notices will fall into three batches based on when duties took effect in 2018.

Meanwhile, China’s Ministry of Finance announced the exemption of 16 US product lines from tariffs, after which President Trump said he would delay tariff increases on $250 billion worth of Chinese goods by two weeks until October 15.

“This doesn’t seem to be an immediate shift in US trade policy, as the US had previously offered some type of tariff exemptions to qualified US goods,” according to Nick Marro, global trade lead at The Economist Intelligence Unit, who made the comments in an email to CNBC, adding “It’s more in consideration of the trade war impact on the domestic US economy than a concession to China, but this could still help build some goodwill before the trade talks in October.”

The Trump administration has put Chinese telecommunications giant Huawei on a blacklist that effectively prevents U.S. suppliers from selling to the firm. Beijing, for its part, has threatened the announcement of its own “unreliable entities list.”

The Trump administration initially focused on reducing the large U.S. trade deficit with China, but the disagreement has expanded to U.S. companies’ complaints about limited access to the domestic Chinese market and being forced to hand over proprietary technology to China. –CNBC

We’re guessing plastic drinking straws were one of the first items under consideration.

Owen takes your calls and Collin from Arizona calls in with the interesting perspective that aluminum coils may actually be the cause of some of the illnesses now being experienced by vape users in America.