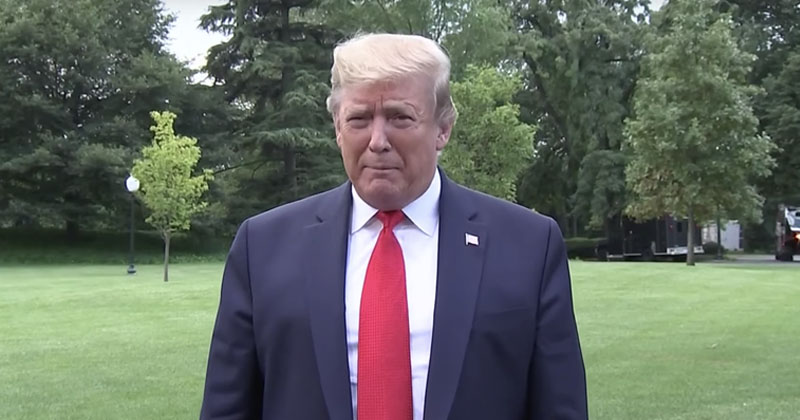 President Trump declared that he is the ‘least racist person anywhere in the world’ Tuesday, after being mobbed by accusing ‘reporters’.

“What I have done for African-Americans in two and a half years, no president has been able to do anything like it.” Trump said.

“Unemployment at the lowest level in the history of our country for African-Americans. Nobody can beat that.” the President added, saying that “poverty levels are doing better than ever before.”

Trump also touted his breakthroughs in criminal justice reform, saying that no other President, not even Obama, had been able to get it done, while he has.

“What I’ve done for African Americans, no other President, I would say, has done.” Trump added, claiming that “they are so happy” with what he has done “in Baltimore and other Democratic-run corrupt cities” that they are calling him in droves to thank him for “finally telling the truth.”

Trump also took a shot at Al Sharpton, saying that it is people like him who are the real racists.

“A conman, whom I’ve known all my business life, because I had to deal with them unfortunately in New York, but I got along with him, Al Sharpton, now, he’s a racist. He’s a racist.” Trump said.

Sharpton responded with a bizarre tweet showing Trump speaking with him, Jesse Jackson, and James Brown at a NAN convention in 2006.

So, Trump was at the NAN convention, hanging out with leading figures of the black community, and contributing financial support to Sharpton’s organization.

Records show he did this almost every year with civil rights organizations.

What a fucking racist.