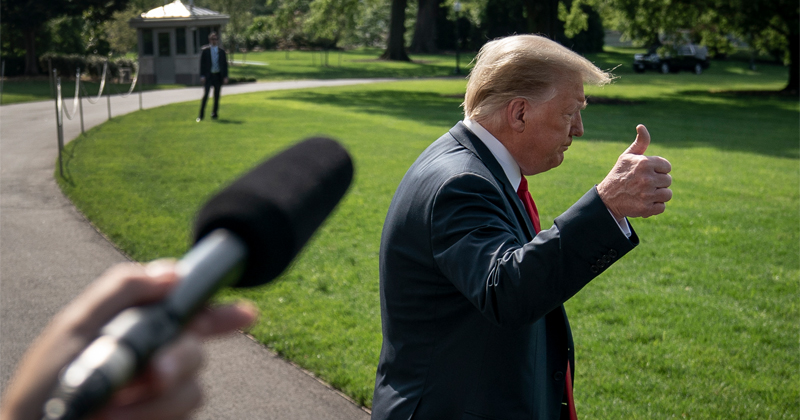 US President Donald Trump has invoked a wartime executive power giving him the authority to mobilize US industry, saying that without presidential direction, US industry “cannot reasonably be expected” to provide the materials necessary for hypersonic weapons development “adequately and in a timely manner.”

“I hereby determine, pursuant to section 303(a)(5) of the Act, that the industrial base production capability for ultra-high and high temperature composites for hypersonic, strategic missile, and space launch systems is essential to the national defense,” Trump said in the directive.

“Without Presidential action under section 303 of the Act, United States industry cannot reasonably be expected to provide the production capability for ultra-high and high temperature composites for hypersonic, strategic missile, and space launch systems adequately and in a timely manner,” the order continues. “Further, purchases, purchase commitments, or other action pursuant to section 303 of the Act are the most cost-effective, expedient, and practical alternative method for meeting the need for this critical capability.”

While Russia and China have developed the Mach 5-capable weapons, the US does not yet have an operational hypersonic weapon. The missiles are so fast and maneuverable, they are believed to be invulnerable to anti-air defenses and nearly as difficult to detect through traditional ballistic missile detection methods.

Last month, after Trump boasted of a “super duper missile” under development, Pentagon press secretary Jonathan Hoffman tweeted the US was “working on developing a range of hypersonic missiles to counter our adversaries.”

While the Hypersonic Conventional Strike Weapon (HCSW) was canceled in February in a budget battle, its developer, Lockheed Martin, is pushing ahead with another hypersonic weapon, the AGM-183A Air-Launched Rapid Response Weapon (ARRW).

Throughout the national crisis of the COVID-19 pandemic, Trump had used the Defense Production Act to direct civilian industries in the production of necessary medical equipment, such as swabs, ventilators, masks, and other protective gear.