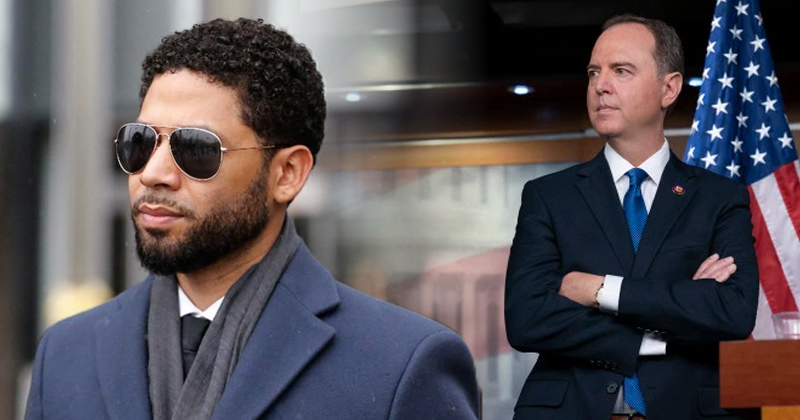 Appearing on Fox News’ Hannity, the son of US president Donald Trump excoriated the Democrat House Intelligence Committee chairman for pursuing the latest phony witch hunt involving the president’s innocuous phone call with Ukraine, which has given way to an impeachment inquiry.

“Adam Schiff is basically the Jussie Smollett of Congress on steroids,” he said.

Trump Jr. accused Schiff of claimed that if he lied in front of Congress as Schiff has, he would be thrown in jail.

“If I lied, even a little bit in front of those guys like Adam Schiff has lied to the American people, and in front of Congress the other day, they’d throw me in jail for perjury,” Trump Jr. said.

“He’s done it over and over. He’s probably the person that magically leaked my emails and edited them, which was the big CNN bombshell which made it seem like I got the WikiLeaks stuff a week before as opposed to a week after.”

Sean Hannity also asked Trump Jr. if he believed Schiff could have been the person leaking details about the hearing to CNN, which was reporting contents of the hearing in real time.

“I was in there for about nine hours and magically when I got done at about 7:30 in the night, I go look at my Twitter feed to catch up on the news of the day,” Trump Jr. said, “and starting at about the first bathroom break, CNN is live-tweeting essentially the contents of the hearing.”

Actor Jussie Smollett earlier this year claimed he was assaulted by two white Trump supporters who put a noose around his neck, threw bleach at him, and yelled “MAGA country” while he tried to grab a Subway sandwich in below-freezing Chicago temperatures. Chicago police and the Chicago mayor disputed his version of events.

The poor souls suffering from extreme Trump Derangement Syndrome are feverishly clinging to anything that could make Trump look bad.