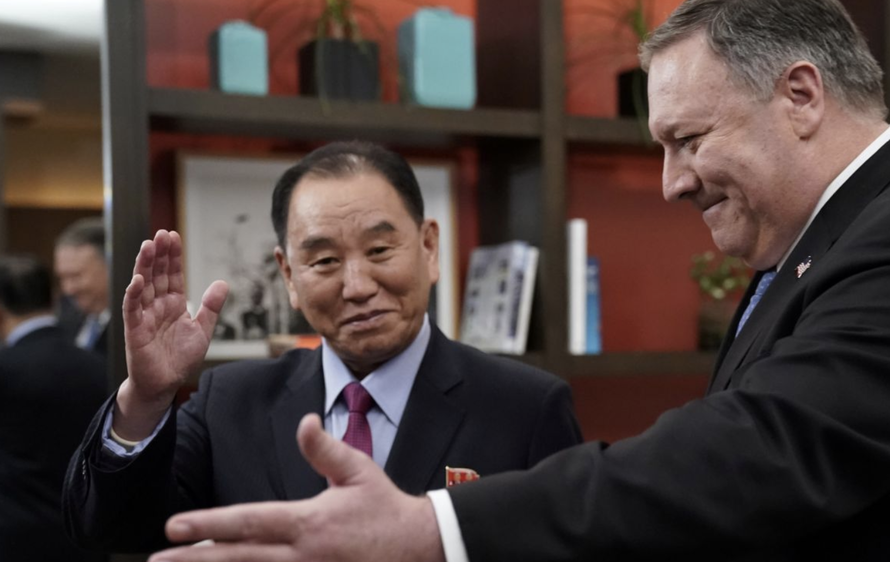 After months of waffling about the prospects of another summit between North Korean leader Kim Jong Un and President Donald Trump, the White House announced Friday afternoon that a meeting has finally been tentatively scheduled for late February, following a series of meetings involving North Korea’s chief negotiator that culminated in meeting the president at the Oval Office.

Following the announcement, the White House said that it has continued to make progress with North Korea, though sanctions will remain intact.

According to the Associated Press, Gen. Kim Yong Chol, the lead negotiator for North Korea and a former spy chief, met with Secretary of State Mike Pompeo Friday after previously scheduled talks between the two had been abruptly canceled in November. After meeting with Pompeo at a hotel in DuPont Circle – a meeting for which Stephen Biegun, the US special representative to NK, was also in attendance, Kim traveled to the White House to meet with Trump. A State Department spokesman said that Kim had a “good discussion” with Pompeo and Biegun.

The Democratic party now leans further left than ever before. Owen breaks down how “open borders” is only the tip of the iceberg when it comes to the left’s agenda to rebuild society in the image of the globalists.

None of the parties responded to questions about the location of the summit, which will follow a historic Singapore summit between the two leaders that took place back in June.

WH Press Secretary Sarah Sanders said Trump met with Kim for 90 mins to discuss denuclearization and the possibility of a second summit, and that Trump looks forward to meeting with the North Korean leader again.

However, it’s unclear whether any material progress has been made on the biggest sticking point between the US and NK: That is, the US’s demands that the North complete the denuclearization process before any sanctions are lifted. The North has been pushing for a gradual schedule of sanctions relief whereby it surrenders some nukes in exchange for some sanctions being lifted. The US has repeatedly said this is out of the question.