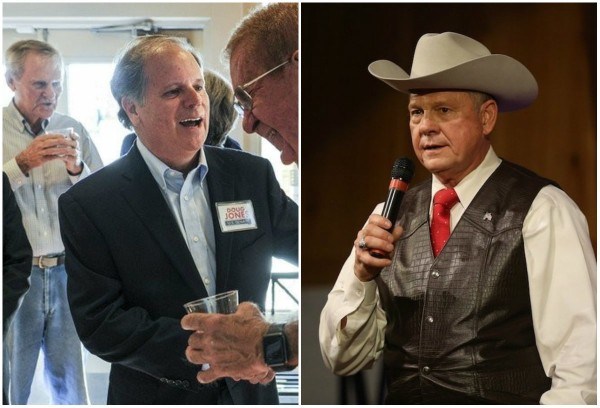 President Trump has been active on Twitter this morning, taking aim at the Alabama Senate race…

The last thing we need in Alabama and the U.S. Senate is a Schumer/Pelosi puppet who is WEAK on Crime, WEAK on the Border, Bad for our Military and our great Vets, Bad for our 2nd Amendment, AND WANTS TO RAISES TAXES TO THE SKY. Jones would be a disaster!

I endorsed Luther Strange in the Alabama Primary. He shot way up in the polls but it wasn’t enough. Can’t let Schumer/Pelosi win this race. Liberal Jones would be BAD!

President Trump’s de facto endorsement of Roy Moore comes after his comments last week that “We don’t need a liberal Democrat in that seat … [Moore] totally denies [the accusations].”

And as Duane Norman from the Free Market Shooter blog explains, it is the extreme platform of Roy Moore that has been lost amid the Roy Moore saga.

In spite of an endorsement by President Trump, Luther Strange was defeated by Roy Moore in the Republican primary on September 26th for Alabama’s special Senate election, to fill the seat vacated by now-Attorney General Jeff Sessions.

On November 9th, allegations against Moore began to surface in The Washington Post, alleging that Moore engaged in sexual misconduct with minors in the 1970s:

Leigh Corfman says she was 14 years old when an older man approached her outside a courtroom in Etowah County, Ala. She was sitting on a wooden bench with her mother, they both recall, when the man introduced himself as Roy Moore.

It was early 1979 and Moore — now the Republican nominee in Alabama for a U.S. Senate seat — was a 32-year-old assistant district attorney. He struck up a conversation, Corfman and her mother say, and offered to watch the girl while her mother went inside for a child custody hearing.
The allegations quickly began to dominate national headlines; questions began to circulate regarding the conspicuous timing of the accusations, which surfaced with very similar timing to those against President Trump in his election. After holding a substantial lead, Moore’s polling took a nosedive, as Fox News reported on November 18th…

Alabama hasn’t elected a Democrat to the Senate since 1992. But a Fox News poll taken in the wake of the Moore allegations and released Thursday shows Jones leading Moore 50 percent to 42 percent.
…and the betting odds for a Moore win mirrored Moore’s polling drop. Though we would normally use Betfair’s exchange for betting odds on this election… 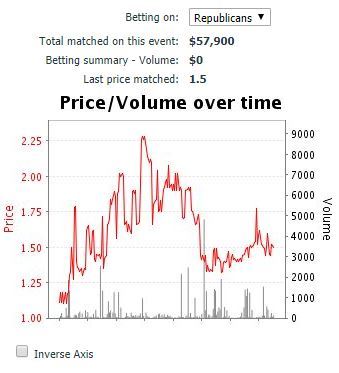 …Betfair’s exchange has extremely thin depth, with only $57,900 wagered on the election, likely due to Betfair’s European location, and this election being a US event. Instead, we will turn to Predictit, a US-based prediction market “for politics”. After trading around 90% prior to the allegations, Moore’s odds took a hit, reaching a low of 36%… 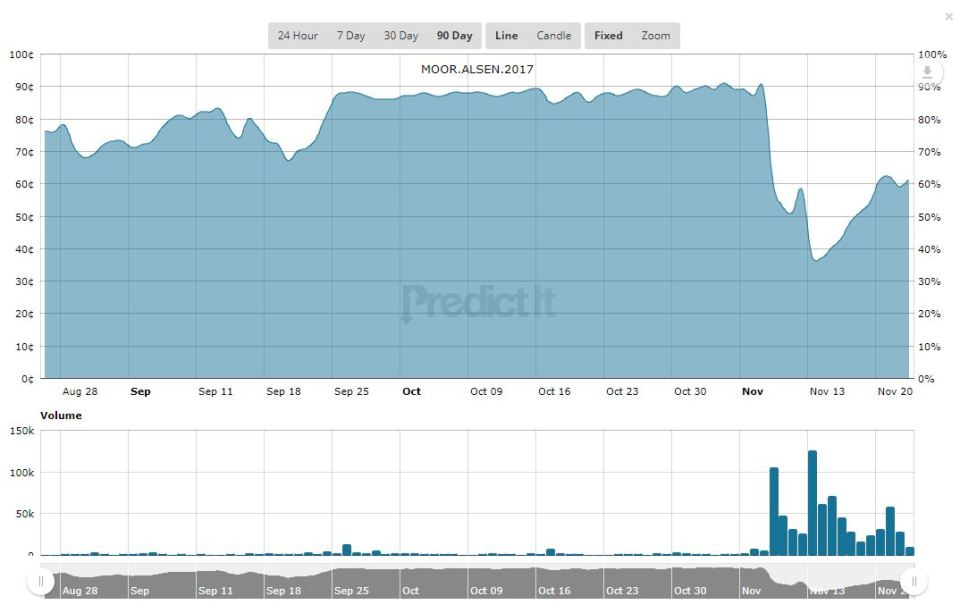 …but have subsequently recovered to over 60%.

And while much of Moore’s recovery can be attributed to voters not trusting the timing of misconduct allegations that occurred in the 1970s, the mainstream media has overlooked another important reason that Jones hasn’t been able to poll higher:

Doug Jones holds absolutely zero moderate positions.
This might not seem like a problem, as “extreme” Senators from both sides of the aisle are commonly elected. However, for a “blue” candidate to win in a “red” state like Alabama, there has to be at least some moderation on a few key issues to attract Republicans.

Some notable examples are:

– North Dakota’s Heidi Heitkamp: has an “A” rating from the NRA, supports the Keystone XL pipeline, and votes with President Trump’s positions 51% of the time
– Indiana’s Joe Donnelly: has an “A” rating from the NRA, considered “pro-life”, and is a staunch supporter of defense spending
– West Virginia’s Joe Manchin: “identifies” as “pro-life”, co-sponsored Republican balanced budged amendments, and was the only Democrat to support the Energy Tax Prevention Act

All three of the above face re-election this year, and only Heitkamp is expected to even have a chance of a winning re-election bid; Donnelly and Manchin are widely expected to lose. In particular, Manchin’s re-election bid has been hindered due to his co-sponsoring the 2013 Manchin-Toomey amendment to implement universal background checks on gun sales. Five years after the fact, West Virginia voters have not forgotten Manchin’s “betrayal” on gun rights. As this author has stated in the past, gun control is not a winning political position, but it is a particularly difficult one to take in a “red” state.

It should be obvious by now; for a Democratic candidate to win a Senate seat in a “red” state, he/she must hold at least some “red” political positions.
With that in mind, if you look at the positions of Jones, you’ll see that he by and large toes the “blue” party line. Jones has come out in support of increased restrictions on gun rights:

But Jones has said enough in small soundbites to make clear that he supports expanding background checks to cover gun shows. The Washington Post quoted him saying such an expansion “would be helpful.”

His support for gun show regulation is the logical outgrowth of his overarching belief that the Second Amendment has “limitations.”

In fact, Jones believes every natural right protected by the Bill of Rights is limited. The Alabama Political Reporter quoted Jones saying, “We’ve got limitations on all constitutional amendments in one form or another.”
…and on abortion…

The Jones campaign, last week, doubled-down on the candidate’s pro-choice platform: “I support a woman’s right and freedom to choose what to do with her body. This is a decision between a woman, her doctor and her Lord. Who am I to tell a woman what to do with her body?”
…and Jones also supports more federal spending, does not support tax cuts, supports climate change regulations, and does not support repealing Obamacare. In fact, if you look closely through his platform, he is about as “blue” as the majority of Democratic Senators.

Not exactly a formula for success in “red” Alabama.
Even worse, as Free Market Shooter’s Jon Hall has pointed out, Jones has been “promoted” by Hillary Clinton, a state where President Trump nearly doubled Hillary’s vote total:

Look who supports Roy Moore's opponent in #Alabama – none other than #CrookedHillary!

The effort take down Moore definitely isn't orchestrated – no way! #Dems haven't proven their party will stoop to corrupt new lows to get their way… wait – yes they have! #MondayMotivaton pic.twitter.com/N3sVNLhRhW

It has become obvious; no matter how much (hypocritical) Democrats point the finger of blame at Roy Moore… 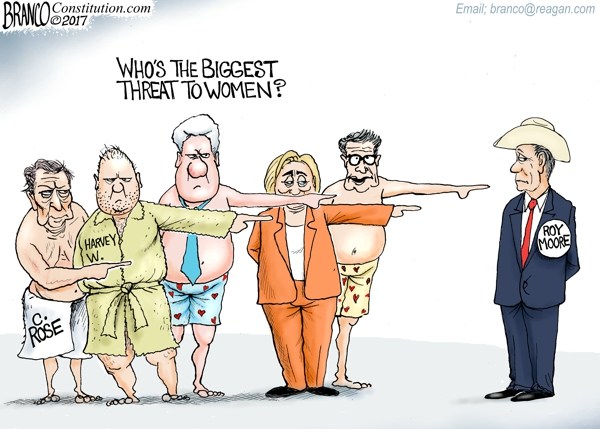 …the Democrats have virtually no chance of winning a Senate seat in deep-red Alabama if the candidate doesn’t tailor their positions to attract “red” voters, something Doug Jones’s party-line platform completely fails to do.