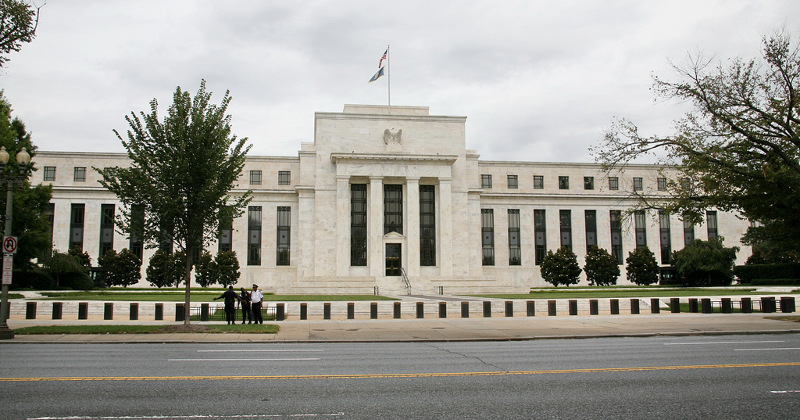 The Federal Reserve’s modest rate cut last week disappointed President Donald Trump. He wanted more and he was quick to criticize Powell and Company. The very next day, the president trumped the Fed by slapping down the tariff card.

Peter Schiff talked about the president’s move in a recent podcast.

Trump took to Twitter right after the Fed announced its 25-basis point rate cut, tweeting, “What the Market wanted to hear from Jay Powell and the Federal Reserve was that this was the beginning of a lengthy and aggressive rate-cutting cycle which would keep pace with China, The European Union and other countries around the world. As usual, Powell let us down, but at least he is ending quantitative tightening, which shouldn’t have started in the first place.”

The next day, Trump announced a plan to put a 10% tariff on the remaining $300 billion of goods and products coming from China into the United States beginning Sept. 1. This is on top of the 25% tariffs already levied on $250 of imported goods. Trump also fired off a litany of complaints about Chinese performance in the trade negotiations. With that news, everybody decided that Powell-talk notwithstanding, we’re going to get more rate cuts. The Dow dropped 280 points after Trump’s tweet and gold soared more than 2%, pushing up to about $1,446.

The Fed claimed the rate cut wasn’t the beginning of a sustained rate-cutting cycle. It was called an “insurance policy.” Peter said the real insurance policy was Trump’s tariff tweet.

“I think the reason for the tweet was a lot more calculated than the financial media understands … I think what Trump was doing was trying to take out a bit of an insurance policy on rate cuts.”

Peter noted that the Fed mentioned the rate cut was because of uncertainty in the global economy, not concerns about the US economy. Peter called that a lie, nevertheless, that’s the rhetoric coming out of the Eccles Building.

“So, if the Fed is worried about uncertainty in the global economy, why not give them something else to worry about? Why not up the ante on the tariffs? Why not throw another monkey wrench into the global economy so the Fed will be even more concerned than they were before, so just in case they were thinking about not cutting rates, now that we have these extra tariffs, well they’re definitely going to cut rates. So, I think that the warning and the message that Trump was sending was not to China, because nothing is going to happen there. There’s no progress being made with the Chinese. The warning sign was being sent to the Fed.”

As Peter pointed out, the actual economic data backs up his assertion. Just last week we got some more gloomy numbers.

Data showed the ISM manufacturing index dropped to 51.2% in July. That is the lowest level since mid-2016. Construction spending also declined by 1.3% in June. Meanwhile, jobless claims climbed modestly by 8,000 to 215,000 at the end of July.

“The data is weak, yet everyone wants to continue to pretend that the economy is strong. Well, pretty soon, they’re going to have to stop pretending.”

Peter went on to highlight some of the market reaction to Trump’s tweet, particularly the bond market.