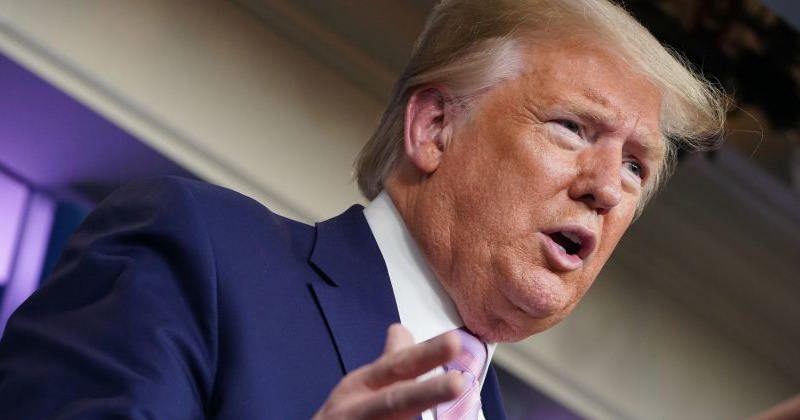 President Trump wants to reopen the economy by May, given his Thursday tweet calling for “30 days to slow the spread” of coronavirus.

30 DAYS TO SLOW THE SPREAD pic.twitter.com/GIzwKSt5mq

The president has long wanted to end nationwide shutdowns of businesses and other commerce, and although his hopes for an Easter Day rebirth of the economy have been all but dashed, his tweet indicates his new timeline for an economic restart which, ironically enough, would happen around May Day.

That said, if President Trump’s new timetable goes as planned, certain areas of the nation will likely not be reopen for business considering how several governors want to keep their states locked down throughout May and possibly even until mid-June as in the cases of Virginia and possibly California.

A likely scenario will be ‘regional recessions’ in which certain parts of the country will remain closed for business, resulting in unemployment hot spots similar to the coronavirus hot spots throughout the nation.

What might help the burden, however, is the proposed removal of a federal cap on tax deductions for state and local taxes, which was put in place in 2017 and helped fuel the mass exodus of people from high-tax states who fled to America’s Sun Belt.

Since then, many Southerns and Southwesterners have experienced the wave of out-of-state license plates from New York, Illinois and New Jersey coming into their towns.

Earlier today, Dr. Fauci, director of the National Institute of Allergy and Infectious Diseases, said that “social distancing” should continue until there’s “no new deaths”  contributed to coronavirus (in other words, ‘zero risk’ instead of the more feasible strategy of ‘risk mitigation’), which critics have blasted as unrealistic over fears that no economy on the planet can be impeded for several months without drawing parallels to the films The Road Warrior and V For Vendetta, such as civil unrest, draconian surveillance and mass shortages of once prominent goods.

Alex Jones examines the parallels between the 2005 movie V For Vendetta and today’s coronavirus pandemic.