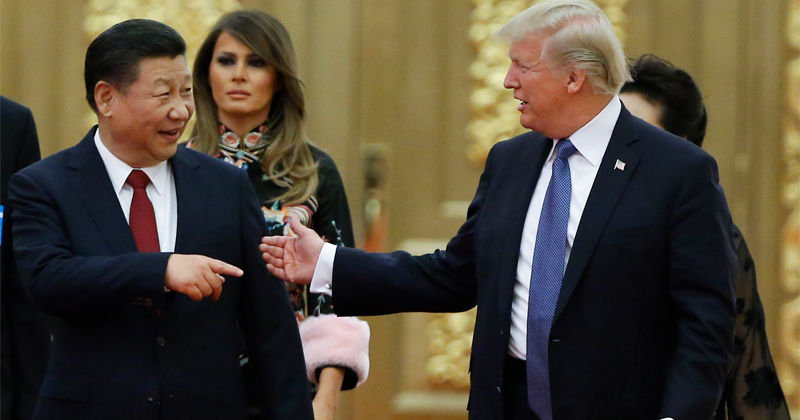 On 15 January, the US and China signed the Phase One deal of a broader trade agreement, marking a breakthrough in the longstanding trade war. However, in recent months Trump has repeatedly said he “no longer felt good” about the arrangement due to the spread of the coronavirus, which he blames on Beijing.

Kudlow explained that as far as China is concerned, Trump is dissatisfied with the coronavirus pandemic, the new Hong Kong security law, and the treatment of the Uighurs.

However, he also struck a more positive tone, saying that the two nations are still part of the first phase of the trade agreement.

The relations between the United States and China have spiralled down in recent months amid the global coronavirus pandemic and Beijing’s actions on Hong Kong.

China’s Foreign Minister Wang Yi has said that the two countries are experiencing the greatest low in their relations since the establishment of diplomatic ties.

One of the sticking points in US-Chinese ties has been differences on trade that were exacerbated after Trump ordered 25 percent tariffs to be placed on $50 billion worth of Chinese goods in June of 2018 in a bid to fix the US-China trade deficit, which prompted the two nations to exchange multiple rounds of duties.

However, the tensions appeared to have eased after Beijing and Washington signed Phase One of the trade deal in January.

Nevertheless, the apparent thaw gave way to renewed distrust after Washington accused Beijing of withholding information during the early stages of the COVID-19 outbreak, claiming that it has evidence that the virus originated in a Chinese laboratory. Beijing has repeatedly denied the accusations.