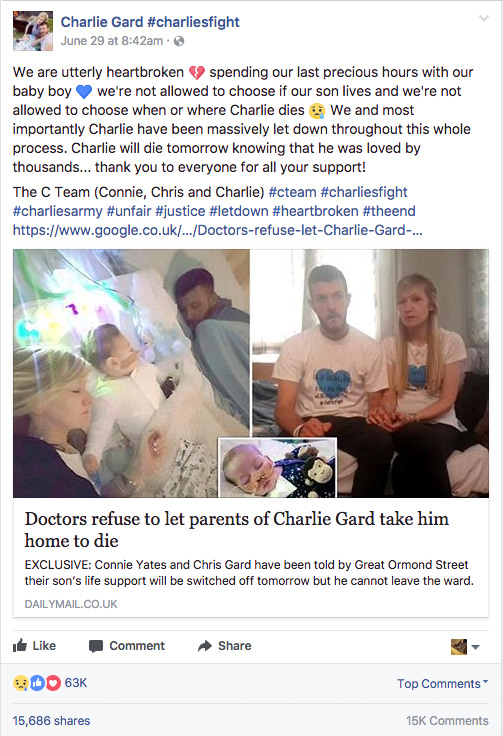 US President Donald Trump has pledged his support for two UK parents whose terminally ill son has been sentenced to death by EU and UK courts.

The President on Monday issued a tweet indicating the US’s willingness to help the baby who developed a rare genetic disease at eight months.

If we can help little #CharlieGard, as per our friends in the U.K. and the Pope, we would be delighted to do so.

Chris Gard and Connie Yates’ 10-month-old son Charlie’s breathing has been sustained by a ventilator ever since he was diagnosed with a mitochondrial depletion at eight weeks.

Doctors at the Great Ormond Street Hospital in London told the parents there was little they could do for Charlie and reasoned it would be more kind to let the baby die in the hospital, a move backed by several British high courts and the European Court of Human Rights.

While UK doctors have not been able to help Charlie’s incurable disease, his last hope is an experimental treatment option only available in the United States.

Gard and Yates took to Facebook last Thursday explaining their plight and calling out the hospital for not allowing them to take Charlie home.

“We are utterly heartbroken 💔 spending our last precious hours with our baby boy 💙 we’re not allowed to choose if our son lives and we’re not allowed to choose when or where Charlie dies 😢 We and most importantly Charlie have been massively let down throughout this whole process. Charlie will die tomorrow knowing that he was loved by thousands… thank you to everyone for all your support!”

Pope Francis has also signaled his support for Charlie’s parents to have a say in their son’s treatment options “until the end.”

“The Holy Father is following with affection and emotion the situation of little Charlie Gard and expresses his closeness to his parents. He is praying for them, in the hope that their desire to accompany and care for their own child until the end will be respected,” a statement from the Vatican read Sunday.

To defend human life, above all when it is wounded by illness, is a duty of love that God entrusts to all.

The pope also sent a pro-life tweet indicating his support for the parents last Friday, which stated, “To defend human life, above all when it is wounded by illness, is a duty of love that God entrusts to all.”

An image shared at a GoFundMe account set up for Charlie, which has raised over £1.3 million, illustrates Gards’ and Yates’ hope for the improvement of their child’s condition. 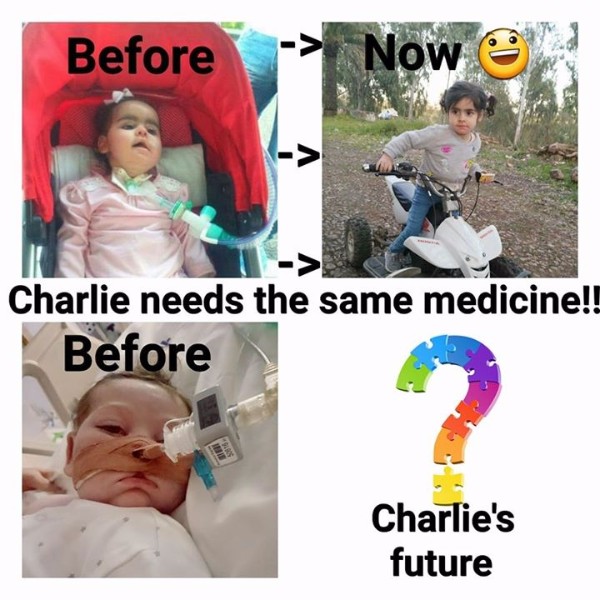