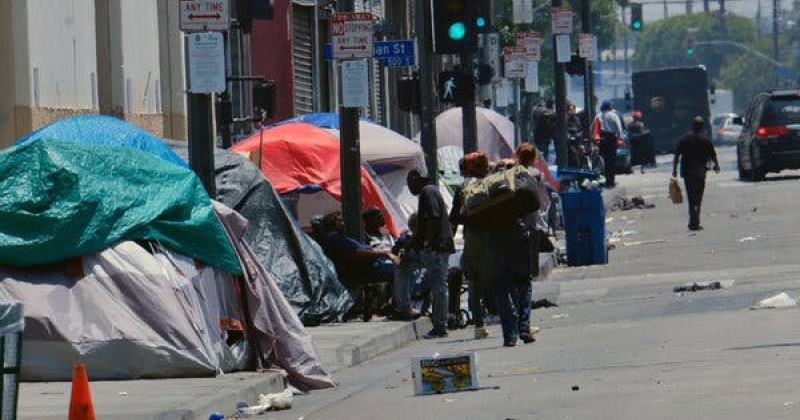 President Donald Trump has ordered a fightback against Los Angeles’ soaring homeless problem, vowing to get vagrants off the streets and into government housing facilities.

Plans are in place to tackle chronic issues with trash, rats, sewage problems and the return of medieval diseases which are beginning to take hold in major cities across California.

“The changes would give the federal government a larger role in supervising housing and health care for residents,” according to the report.

Back in July, Trump told Fox News’ Tucker Carlson of his plan to intervene in big cities like LA and San Francisco, where feces, discarded needles and trash threaten to cause a public health crisis.

“You can’t have what’s happening — where police officers are getting sick just by walking the beat. I mean, they’re getting actually very sick, where people are getting sick, where the people living there living in hell, too,” said Trump. “We cannot ruin our cities. And you have people that work in those cities. They work in office buildings and to get into the building, they have to walk through a scene that nobody would have believed possible three years ago.”

“We have a complete breakdown of the basic needs of civilization in Los Angeles right now,” said Pinsky.

1.5 per cent of rats in L.A. now carry bubonic plague. If that figures hits 2 per cent, the medieval disease will start jumping to humans.

In other words, if LA doesn’t sort out its trash problem and its homeless problem, the return of bubonic plague is virtually guaranteed.