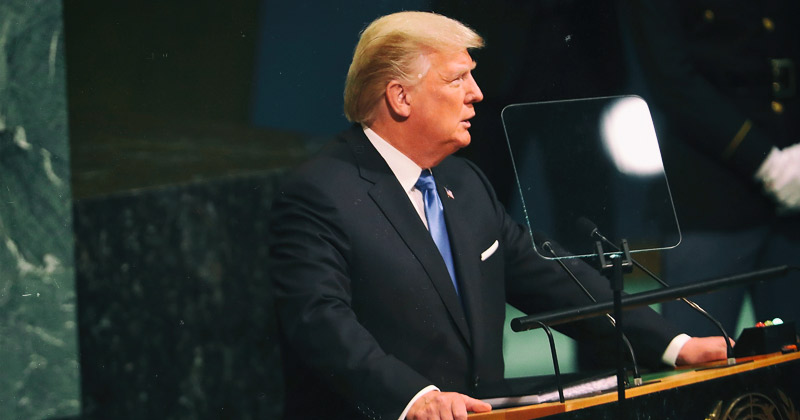 The executive order, which aims to pressure North Korea into “complete denuclearization,” empowers the U.S. Treasury Department to go after any groups conducting “trade in goods, services or technology” with Pyongyang.

“North Korea’s nuclear program is a grave threat to peace and security in our world, and it is unacceptable that others financially support this criminal, rogue regime,” Trump said. “The brutal North Korean regime does not respect its own citizens or the sovereignty of other nations. A new executive order will cut off sources of revenue that fund North Korea’s efforts to develop the deadliest weapons known to human kind.”

Trump emphasized that the sanctions were intended to solely target Pyongyang in an apparent attempt to ease concerns from China, North Korea’s main trading partner.

“I want to be clear the order targets only one country — that country is North Korea,” Trump said.

The president went on to state that he learned “moments ago” that China had ordered its central bank to cease all business with Pyongyang.

“I want to thank President Xi [Jinping] of China for the very bold move he made today,” Trump said. “It was a somewhat unexpected move, and we appreciate it.”

The latest round of sanctions follow several provocative moves by North Korean leader Kim Jong-un including the launch last week of an intermediate-range ballistic missile that overflew Japan as well as the test of a purported hydrogen bomb in early September.

Although the international community continues to put economic pressure on Pyongyang, most experts believe North Korea is unlikely to relinquish its nuclear capabilities.