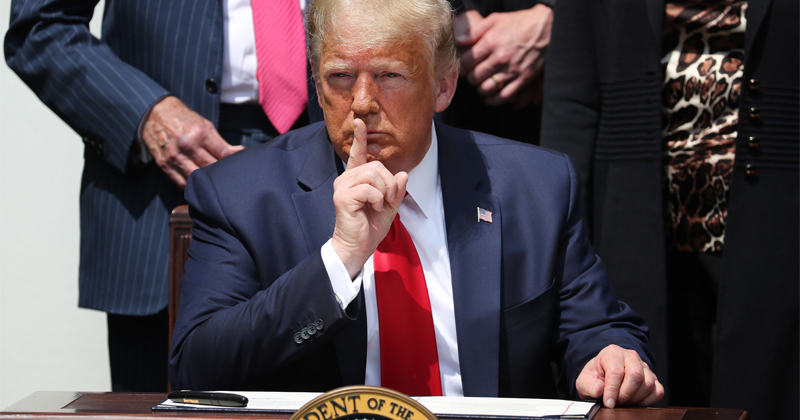 One day after Bloomberg reported that the White House envisions as much another $1 trillion in the next round of economic stimulus, during his morning press conference praising the payrolls data, President Trump said he’ll ask Congress to pass more economic stimulus, including a payroll tax cut, even after the government reported a surprise improvement in U.S. unemployment on Friday.

“We’ll be going for a payroll tax cut,” Trump said as he was celebrating the jobs report that left most economists speechless. “It’s going to be a tremendous incentive for businesses. We’ll be asking for additional stimulus money.”

Unironically, just before he announced the need for even more stimulus, the president was praising the V-shaped recovery in both the economy and the stock market.


In the same presser, Trump declared Friday a “great day for equality” and a “great day” for George Floyd following a jobs report that showed unemployment falling – except for African Americans – and days of unrest sparked by Floyd’s killing.

“Equal justice under the law must mean every American receives equal treatment in every encounter with law enforcement regardless of race, color, gender or creed,” Trump said. “They have to receive fair treatment from law enforcement.”

“We all saw what happened last week. We can’t let that happen,” he continued, referencing Floyd’s death.

“By the way, what’s happened to our country and what you now see, it’s been happening, is the greatest thing that can happen for race relations,” he said. “For the African American community, for the Asian American, for the Hispanic American community, for women, for everything. Because our country is so strong. And that’s what my plan is. We’re going to have the strongest economy in the world.”