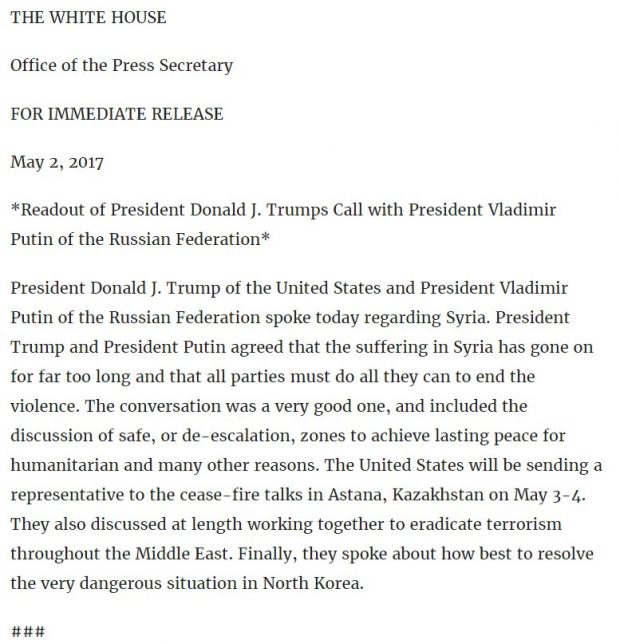 A readout of the conversation released by the White House states the two leaders agreed “the suffering in Syria has gone on far too long.” 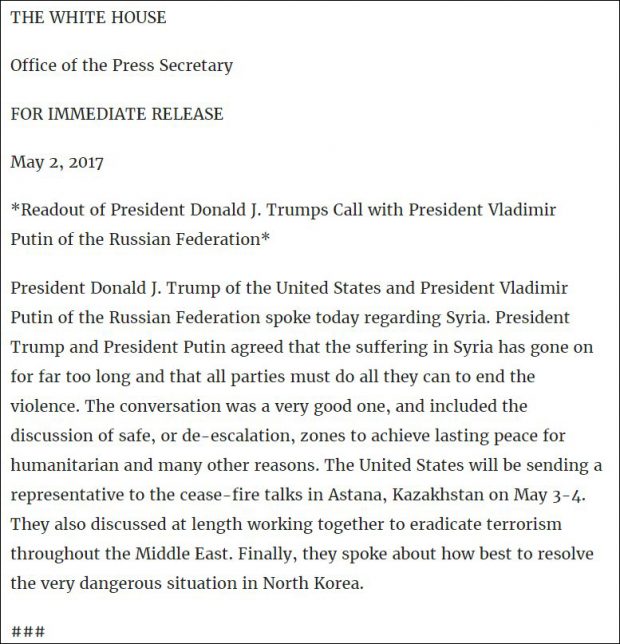 While expressing the need to “end the violence,” President Trump’s proposal for “safe zones” was also brought up. The White House said it will be sending a representative to Kazakhstan Wednesday to participate in cease-fire talks.

Cooperation in the broader fight against Islamic terrorists in the Middle East and the dangers posed by North Korea’s nuclear ambitions were also discussed.

A readout of the conversation produced by the Kremlin claims the pair agreed to arrange a personal meeting during July’s G20 Summit in Hamburg. The Kremlin’s readout fails to include the mention of safe zones in Syria. 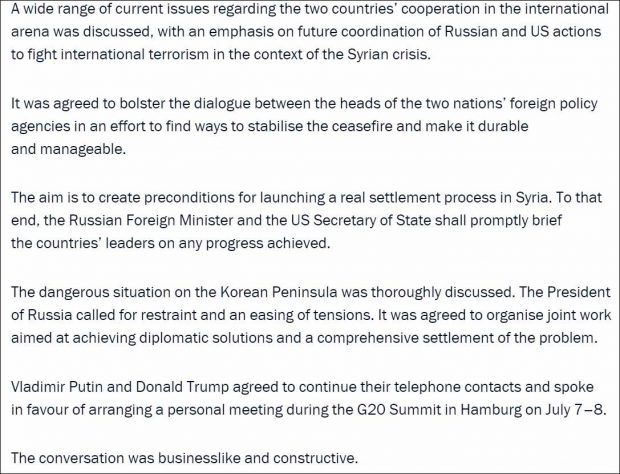 According to a senior Trump administration official, Putin requested Tuesday’s phone call – the third between Trump and the Russian leader – in an effort to present his ideas on Syria.

The call was the first since the U.S. launched 59 cruise missiles last month at a Syrian air base allegedly linked to a chemical weapons attack.

Trump, who has blamed the chemical attack on the Syrian government, said during a press conference with NATO Secretary General Jens Stoltenberg earlier this month that U.S.-Russia relations “may be at an all-time low.”

“Right now, we’re not getting along with Russia at all. We may be at an all-time low,” Trump said.

Russia and Syria in turn suggested that the chemical attack could have been staged in order to justify further U.S. intervention in the region.