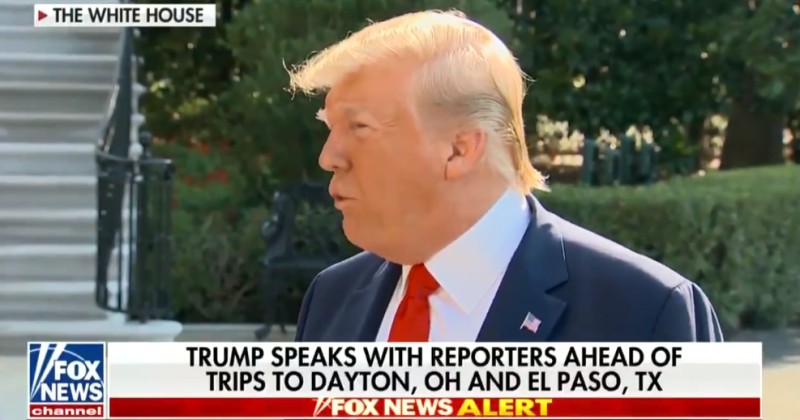 President Trump has repeated his promise to allow “millions” of immigrants to enter America legally.

“I think you have to come in legally, ideally you have to come in through merit, we need people coming in because we have many companies coming into our country, they are pouring in,” Trump told reporters earlier today, clarifying that he thought “open borders” were a bad idea.

After asserting that his border wall was being built at a “rapid pace,” Trump added, “We need strong immigration laws but we wanna allow millions of people to come in because we need them.”

“We need them – we have companies coming in from Japan, all over Europe, all over Asia, they’re opening up companies here, they need people to work,” said Trump.

Some conservatives have questioned whether Trump’s policy of allowing “millions” more immigrants to enter the country is in line with his presidential campaign platform.

When comes to illegal immigrants, Trump has deported fewer than Obama at the same time in his presidency.

The media is still trying to pin the blame on Trump for the El Paso mass shooting because the shooter expressed fears about an “invasion” of America by immigrants.

However, given Trump’s rhetoric here, that would hardly seem fair.