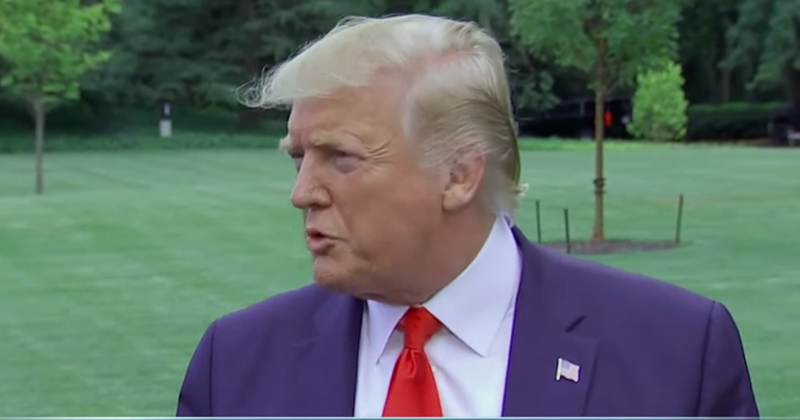 Before leaving the White House on Friday afternoon for Joint Base Andrews where he’s scheduled to board Marine One en route to his golf club in Bedminster, New Jersey, President Trump – as is his custom – stopped on the White House lawn to answer questions from a gaggle of White House reporters.

With so much going on, it’s hardly surprising that the questions covered a lot of ground. But what was surprising was Trump’s distinctly aggressive stance on his trade-deal negotiations with both China and the EU just minutes before the market closed.

First, his comments on the trade talks with China:

Pres. Trump: We have to make a much better deal with China https://t.co/r7kZAOKXfi pic.twitter.com/V8R9Xhpi7N

And regarding his decision to withdraw John Ratcliffe:

Per his tweet about the break-in at Rep. Elijah Cummings’ home:

Pres. Trump says his tweet about Elijah Cummings was not meant “as a wise guy tweet” https://t.co/r7kZAOKXfi pic.twitter.com/HdCB8Botr1

He also reiterated his comments on winning the war in Afghanistan.

Pres. Trump says we could win a war in Afghanistan in two or four days but he’s “not looking to kill millions of people” https://t.co/r7kZAOKXfi pic.twitter.com/MxKvUilXgV

Meanwhile, the S&P 500 finished the week below its highs from May 2019 and September 2018, breaking a key support level.

Which further validates our theory…