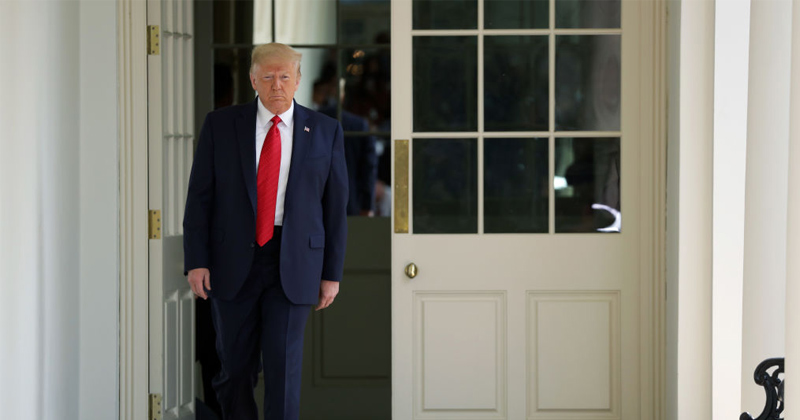 A family friend of President Trump told him his son, who died seven years ago, was sent a ‘mail-in’ ballot.

The incident was revealed by the president during a recent interview on the Savage Nation.

“A person I know very well, a friend of mine, his son passed away seven year ago,” the president stated. “He said, ‘Sir, you’re right about the mail-in ballots, we just received a ballot in the name of my son and he died seven years ago.’”

“…Let’s say that even if that’s a legitimate mistake, that mistake happens by the millions.”

The potential of fraud with mail-in ballots threatens the existence of the Republican Party, the president continued, stating that his administration is launching lawsuits against states mailing out millions of ballots.

“You say, ‘Who are they sending these to?’ but maybe [the question is] who aren’t,” Trump added. “Say, take a Republican district and maybe those ballots don’t get sent there.”

“This will be a rigged election if they’re allowed to do it.”