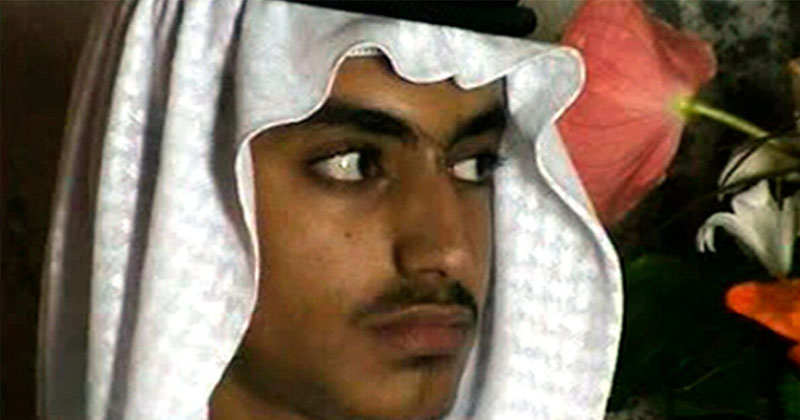 The US president’s remarks followed comments by Secretary of Defence Mark Esper last month that to his knowledge, Hamza bin Laden, also known as the “crown prince of jihad,” had died.

Aspiring al-Qaeda* heir apparent Hamza bin Laden has been killed in a US anti-terror operation, President Donald Trump has announced.

“Hamza bin Laden, the high-ranking al-Qaeda member and son of Osama bin Laden, was killed in a United States counterterrorism operation in the Afghanistan/Pakistan region,” a statement attributed to the president released by the White House on Saturday said.

According to Trump, Hamza had played an important role in terrorist structures, and was preparing fresh attacks against US interests.

The statement did not clarify when the anti-terrorist operation was carried out.

“The loss of Hamza bin Laden not only deprives al-Qaeda of important leadership skills and the symbolic connection to his father but undermines important operational activities of the group,” the statement noted. “Hamza bin Laden was responsible for planning and dealing with various terrorist groups.”

Saturday’s comments followed vague remarks by US Secretary of Defence Mark Esper late last month that to the best of his knowledge, Hamza, one of al-Qaeda founder Osama bin Laden’s twenty children, had been killed.

Hamza’s last known public appearance was in 2018. The 30-year-old al-Qaeda veteran had positioned himself as successor to his father since 2015, and had been involved with the terror group since he was a teenager. In 2017, Hamza reportedly oversaw the creation of a new franchise of al-Qaeda in Syria, with the terror group consisting of former Nusra* and Daesh (ISIS)* fighters and declaring war on pretty much everyone, from Syria and Russia to secular Arab governments, Turkey, the US, the UK and various Shia militias.

Hamza was reportedly stripped of his Saudi citizenship in 2019 after repeatedly calling for the overthrow of that country’s monarchy.

The terror commander’s alleged death was first reported in July by US media citing anonymous officials said to be “familiar with the situation,” but the White House made no official comment on the matter until Saturday.

Washington branded bin Laden junior as a “specially designated global terrorist” in 2017, and earlier this year, issued a $1 million reward for any information that might lead to his capture amid department of state fears that he was “emerging as a leader in the [al-Qaeda] franchise.”

Hamza was reportedly married to the daughter of Mohammed Atta, the lead hijacker believed responsible for the terror attacks of September 11, 2001. Her fate remains unknown.

Osama bin Laden, long thought to have been hiding out in the caves of Afghanistan following the 9/11 attacks, was killed in a US Navy SEALS raid in an upscale neighbourhood in Pakistan in 2011, and reportedly buried at sea from off the deck of a US aircraft carrier.

The United States marked the 18th anniversary of the 9/11 terror attacks on Wednesday, with the terrorist incident becoming the deadliest act of terror ever and the worst-ever attack on US soil in the country’s history. The attack killed over 3,000 Americans, injured thousands more, and caused hundreds of deaths at the hands of cancers related to the rescue, recovery and reconstruction efforts at Ground Zero in the months and years that followed.

The 9/11 attacks led the US to declare a war on terror, and to the invasion of Afghanistan and Iraq. Nearly two decades on, many Americans continue to ask questions about the details surrounding the events of that grim September day.

The bin Laden family got its start in radical Islamist militancy over four decades ago, arming, funding and taking part in the mujahideen insurgency against the Afghan government and its Soviet allies in the 1980s.

We don’t know what really happened on 9/11 but we do know that we were lied to and not told the whole story.