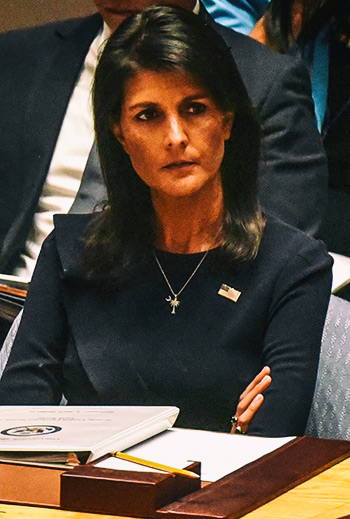 The Trump administration is seeking approval from the United Nations to intercept and inspect North Korean ships at sea.

A draft resolution introduced at the United Nations Security Council Wednesday aims to give the United States Navy and Air Force the authority to interdict and search vessels for weapons related components and fuel.

The resolution, which calls for the ability to enforce the searches using “all necessary measures,” also targets the assets of North Korean leader Kim Jong-un, the country’s military and the Democratic Front for the Reunification of the Fatherland political party. 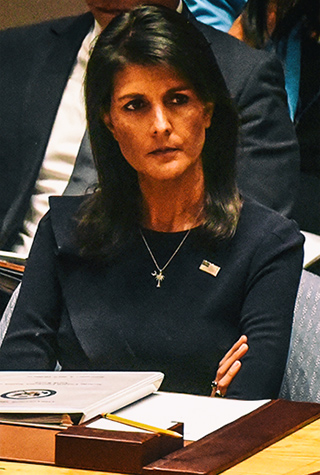 United States Ambassador to the United Nations Nikki R. Haley stated this week that she intends to bring the resolution to a vote Monday.

Although the resolution does not represent a total military blockade – a move considered to be an act of war – China and Russia, both economic enablers of North Korea and members of the Security Council, may likely use their veto powers against the proposal.

If adopted, experts fear the resolution, specifically the language concerning interdiction, could lead to conflict between Washington and Pyongyang. Proponents say the move is necessary to put a stranglehold on North Korea’s weapons programs.

While the White House hopes to take advantage of North Korea’s reliance on outside energy by choking off its supply from countries such as China, the sole provider of oil to Pyongyang, evidence indicates North Korea may be able to produce liquid hydrocarbons domestically.

Pierre Noel, senior fellow for economic and energy security at the International Institute for Strategic Studies, argues that Pyongyang could potentially liquify its abundant supply of coal.

“Beginning in 2006, North Korea carried out major building and upgrading work at the Namhung Youth Chemical Complex. Part of this work consisted of building, and then expanding, a major coal-gasification plant (to generate petrochemical feedstock from anthracite coal),” Noel writes.

“This is significant: coal liquefaction amounts to coal gasification plus an added step. It is the very same technology. And given North Korea’s precarious liquid-fuel procurement situation, and the standoff over its nuclear programme, it would be very surprising if the country had not worked on a backup plan along these lines.” 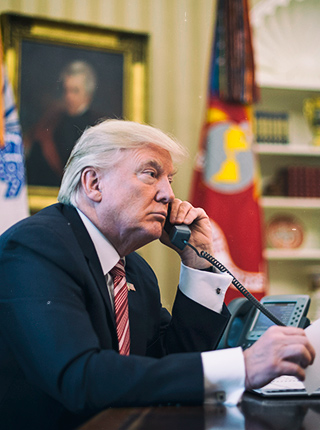 The White House proposal came only hours after President Donald Trump spoke over the phone Wednesday with Chinese President Xi Jinping on the escalating tensions over North Korea.

“We will not be putting up with what’s happening in North Korea,” Trump told reporters. “I believe that President Xi agrees with me one hundred percent.”

The Trump administration has issued numerous rounds of sanctions against Chinese entities linked to Pyongyang’s missile and nuclear weapons programs. Although Jinping has shown a willingness to cooperate to some extent, Beijing is unlikely to assist the United States to the point of a North Korean collapse – an event which could send a flood of refugees its way and place a United States ally up against its border following a potential Korean unification.

The phone call came just days after the Kim regime tested what it claimed to be a thermonuclear device. The alleged hydrogen bomb, which produced a 6.3 earthquake Sunday at the Punggye-ri underground nuclear test site, was purportedly designed to fit atop the country’s Hwasong-14 intercontinental ballistic missile.

“Any threat to the United States or its territories, including Guam, or our allies, will be met with a massive military response,” Mattis said. “A response both effective and overwhelming.”

Trump stated Wednesday that although all options remain on the table, a military scenario was “not a first choice.”

The president previously threatened “fire and fury” against the Kim regime after news reports indicated that North Korea had produced nuclear weapons for ballistic missile delivery. Pyongyang responded to the threats by drafting plans for a salvo launch into waters near Guam of Hwasong-12 intermediate range ballistic missiles. Though Kim ultimately decided not to move forward, a Hwasong-12 was later launched in late August that overflew northern Japan.

South Korea has now warned that Pyongyang could launch another intercontinental ballistic missile on the 64th anniversary of the Kim regime’s founding this Saturday.