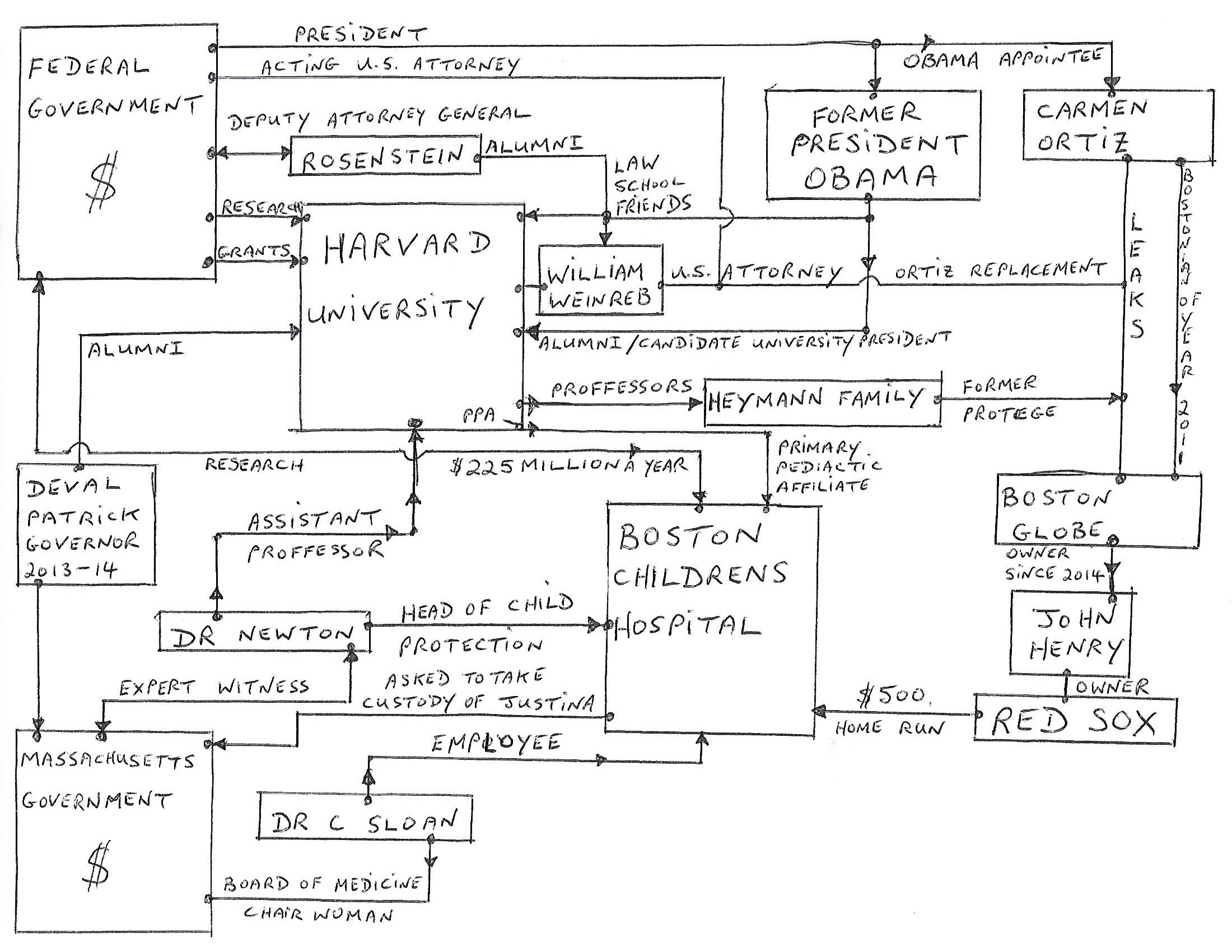 Last week I wrote that President Trump should appoint special prosecutors to probe a variety of specific suspicious “matters” that the regular DOJ seems unable (or unwilling) to honestly investigate itself, including the DNC primary, the Uranium One deal and Comey’s unvestigation (spelling intentional) of Clinton’s private email server.

However, the person who perhaps needs a special prosecutor the most is Justina Pelletier. And though she is now home, the 5-year statute of limitations on the federal crimes that left her in a wheelchair begins to expire in February. So, time is of the essence.

Rather than retell Justina’s heartbreaking story yet gain, I’m going to embed the latest video from InfoWars:

CORRECTION: Marty’s 100-day hunger strike on behalf of institutionalized children and victims of political prosecutions ended on January 1, 2017. He’s preparing to strike again. Stay tuned to FreeMarty.com for the latest.

You can also pick from a variety of coverage published by media outlets from across the political spectrum, including: Michelle Malkin, Rolling Stone, Fox News, ABC News, The Daily Wire, The Huffington Post, Breitbart, The New York Times, The New American, Newsweek, Red State, The Boston Globe, WND, Daily Mail, and RT.

This wide diversity of reporting stands in glaring contrast to the total lack of investigation by the DOJ and where possible I’ve linked to articles above that touch on the federal corruption in her case.

You see, Boston Children’s Hospital, which let’s remember, maimed Justina, is a $2 billion Harvard-affiliated institution and it also receives $225 million in federal funding each year. That’s more than any of its competitors nationwide.

In addition to its deep pockets, the hospital’s connections to Harvard and elsewhere make it one of the most powerful organizations in New England. It isn’t shy about tugging on people’s heartstrings cs “Boston Children’s Hospital” either, and to say that it’s obsessed with its reputation is an understatement.

This pull and prestige reach far in terms of influencing investigators, including all the way up to President Obama at the time of Justina’s kidnapping and up to Deputy Attorney General Rod Rosenstein now. Take a look at the following diagram and decide for yourself if this situation calls for a special prosecutor. Then voice your opinion below.

Justina needs you. Thank you. 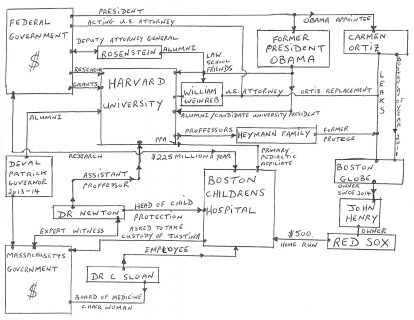 You can help the author through his unjust incarceration at the hands of crooked federal prosecutors by visiting freemartyg.com and donating or following the FreeMartyG social media pages. https://www.facebook.com/FreeMartyG/