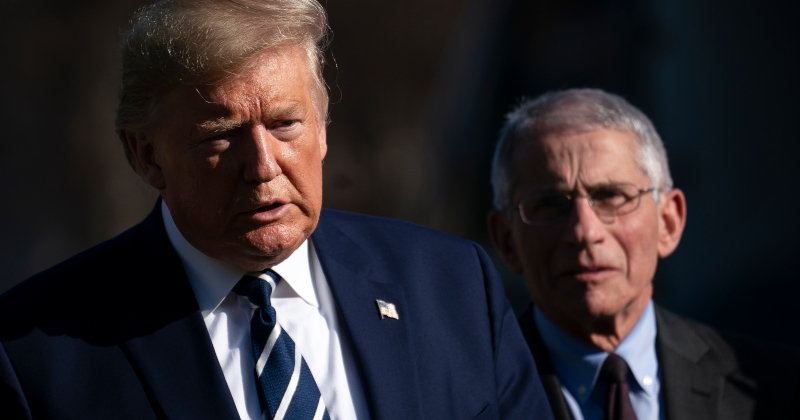 U.S. President Donald Trump is expected to sign legislation Friday releasing $8.3 billion in emergency spending to combat the COVID-19 outbreak, including money for developing a vaccine.

The legislation passed through the Senate and the House almost unanimously.

Senate Appropriations Committee Chairman Richard Shelby said, “In situations like this, I believe no expense should be spared to protect the American people and in crafting this package none was.”

The U.S. Health and Human Services Secretary said Thursday a million test kits for the COVID-19 are expected to arrive this weekend at U.S. labs.

Alex Azar said the coronavirus tests are shipping from a private manufacturer.

The Trump administration has received criticism about the short supply of test kits.

Vice President Mike Pence said in Washington state Thursday, “We don’t have enough tests today to meet what we anticipate will be the demand going forward,” but added that “real progress” had been made “in the last several days.”

Pence met Thursday with Washington Governor Jay Inslee. Washington is the site of 11 of the 12 U.S. deaths from the virus. Most of the deaths in Washington took place in a nursing home near Seattle.

National Nurses United said its members have not been given the resources, supplies, protections and trainings they need to do their jobs properly. Executive Director Bonnie Castillo said, “It is not a successful strategy to leave nurses and other health care workers unprotected.” Castillo, who is a registered nurse, said when nurses are quarantined, “We are not only prevented from caring for COVID-19 patients, but we are taken away from caring for cancer patients, cardiac patients and premature babies.”

Five U.S. states – Maryland, California, Florida, Washington and Hawaii – have declared states of emergency because of the virus.

Maryland joined the roster Thursday after three Montgomery County residents – a husband and wife in their 70s and a woman in her 50s – were diagnosed with the coronavirus. All three were reported to have contracted the virus while on an overseas cruise. Montgomery County is a Maryland suburb located next to Washington, DC.

Colorado has announced its first two cases – a man and a woman – of of the coronavirus. Both had traveled internationally, but officials say the cases are not related.

U.S. Forces Korea said Friday that one of its workers in South Korea has tested positive for the virus. She is the seventh USFK employee to test positive for the coronavirus. Authorities say she is in quarantine at her off-base residence in Cheonan.

The Vatican reported its first coronavirus case Friday. Spokesman Matteo Bruni said its health clinic has been closed for a deep cleaning, but its emergency room remains open.

Cameroon also has its first coronavirus case. The minister of health said in a statement Friday the victim is a 58-year-old French male who arrived in Yaounde on February 24. “The active surveillance put in place by the country since the occurrence of the Covid-19 outbreak has made it possible to detect this case,” the statement said. The French citizen has been placed in “solitary confinement.”

Palestinian President Mahmoud Abbas declared a state of emergency Thursday, shutting down schools for 30 days and closing the Church of the Nativity in Bethlehem after seven coronavirus cases were confirmed in the city. These are the first cases in the Palestinian territories.

Closing the church in the town that worshipers say was Jesus’s birthplace will devastate Bethlehem’s vital tourism industry and comes just weeks before Easter.

The threat appears to be waning in China, where the outbreak erupted in December. The WHO said Thursday there are about 17 times as many new cases outside China now than inside China itself.

On Friday, however, China reported that the number of new cases had risen from 139 on Thursday to 143.

Hundreds of patients are being released from Chinese hospitals and shuttered factories are starting to reopen. But Chinese President Xi Jinping has called off a scheduled state visit to Japan, where Tokyo has declared that all visitors from China and South Korea will be placed under quarantine. South Korea has the largest number of coronavirus cases outside China.

Indonesia is also restricting travel from parts of South Korea as well as two other hard-hit nations — Iran and Italy. Both of those nations have shut down schools.

The United Nations said the virus has disrupted classes for nearly 300 million students worldwide from preschool through 12th grade. That number does not include colleges that have also been shuttered.

The U.N. High Commissioner for Human Rights called on governments to find a holistic approach in their efforts to stop the spread of the virus. Michelle Bachelet, who is also a medical doctor, said in a statement Friday that “efforts to combat this virus won’t work unless we approach it holistically, which means taking great care to protect the most vulnerable and neglected people in society, both medically and economically.”

She said the measures to halt the spread of the coronavirus will likely “disproportionately affect women” and that people “who are already barely surviving economically may all too easily be pushed over the edge by measures being adopted to contain the virus.”

The High Commissioner added, “Being open and transparent is key to empowering and encouraging people to participate in measures designed to protect their own health and that of the wider population, especially when trust in the authorities has been eroded. It also helps to counter false or misleading information that can do so much harm by fueling fear and prejudice.”

President Trump took some heat Thursday from health experts after he told Fox News that the World Health Organization is sending out false information, and he suggested infected patients are safe going to their jobs in offices and stores.

The U.S. Centers for Disease Control and Prevention said the coronavirus is highly transmissible and that people who are sick must stay home.

Asian markets tumbled again Friday over apprehensions about the virus.

Thursday, global markets took another beating with investors nervous about the coronavirus outbreak and uncertain about exactly which way the situation is going.

Experts say the roller coaster ride in the markets is likely to continue as long COVID-19 spreads to more countries, with investors acting out of fear over where the next state of emergency, quarantine or business shutdown will be declared.

At his daily virus briefing Thursday, WHO chief Tedros Adhanom Ghebreyesus again stressed the seriousness of the virus about which scientists still know little.

“This is not a drill. This is not the time for giving up, this is not a time for excuses,” Tedros said. “Countries have been planning for scenarios like this for decades, Now is the time to act on those plans.”