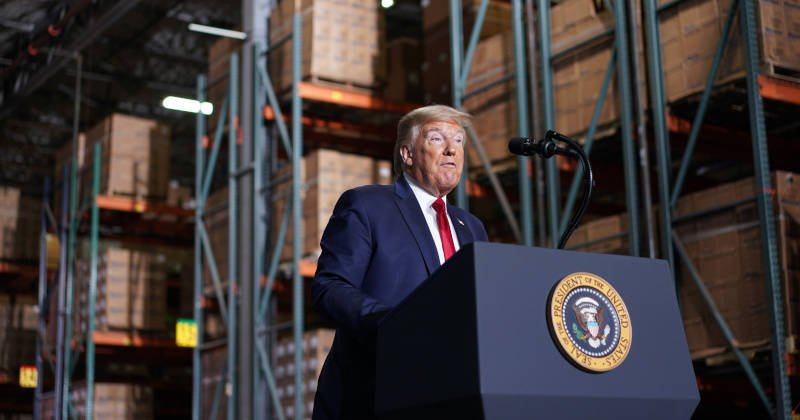 US President Donald Trump said on Thursday that he has signed an executive order to boost domestic production of crucial supplies needed in response to the novel coronavirus disease.

“Earlier today I signed an executive order, just signed it, invoking the Defenсe Production Act to grant new authority to the US International Development Finance Corporation…under my order it will now also invest in our country, helping to bring vital factories, pharmaceutical producers and most importantly jobs back home where they belong,” Trump said during remarks at the Owens and Minor, Inc. Distribution Centre in the state of Pennsylvania.

In the executive order, Trump said the measure will expand and strengthen relevant supply chains within the United States that are crucial in the fight against the pandemic.

The authority given in the order will expire after two years, Trump said.

In April, Undersecretary of Defence for Acquisition and Sustainment Ellen Lord said the Pentagon has realized amid the current pandemic that the United States’ supply chain may be too dependent on China.

As of 14 May, the total number of confirmed COVID-19 cases in the US stands at nearly 1,385,000 with almost 84,000 fatalities, according to the US Centres for Disease Control and Prevention.