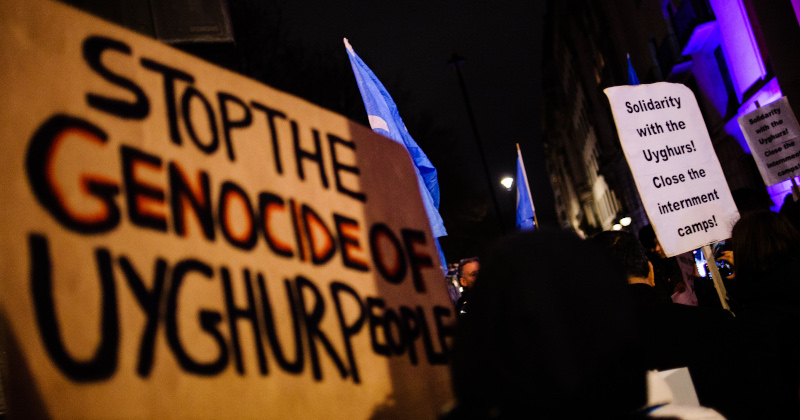 US President Donald Trump on Wednesday signed into a law an act authorizing sanctions against Chinese officials over the mass detention and surveillance of Uighur Muslims in China’s western Xinjiang province.

The new legislation is the most significant action by any country to punish China over its treatment of ethnic minorities.

“The Act holds accountable perpetrators of human rights violations and abuses such as the systematic use of indoctrination camps, forced labor and intrusive surveillance to eradicate the ethnic identity and religious beliefs of Uyghurs and other minorities in China,” Trump said in a statement.

The Uighur Human Rights Act, which passed through Congress with near unanimous support, requires the US administration to identify Chinese officials responsible for the “arbitrary detention, torture and harassment” of Uighurs and other minorities in Xinjiang. The US would then move to freeze any assets held by those officials in its jurisdiction and ban their entry into the country.

The sanctions move is likely to deliver a fresh blow to the already tense US-China relations.

Nury Turkel, a Uighur rights activist and member of the US Commission on International Religious Freedom, welcomed the announcement. “It is a great day for American citizens as well as Uyghur and other Turkic people in China who have been subject to ghastly human rights abuses by the Communist Party of China,” he said.

But Beijing said the new law “maliciously attacks” China’s policy in the Xinjiang region, and threatened countermeasures. It also urged the US to stop interfering in its internal affairs. China will “resolutely hit back and the US will bear the burden of all subsequent consequences,” the country’s Foreign Ministry said in a statement on Thursday.

Trump’s signing of the act comes on the same day as excerpts emerged from an explosive memoir of his former national security adviser, John Bolton. In his book, Bolton claims that Trump sought China’s help in his reelection in 2020.

Moreover, he claims that Trump was often willing to overlook China’s rights abuses against

Uighur Muslims, and even encouraged Chinese President Xi Jinping that they “should go ahead with building the camps, which he thought was exactly the right thing to do.”

China has rounded up at least a million Uighurs in Xinjiang and imprisoned them in what it calls “re-education camps.” An investigation by DW found that most of the detainees were imprisoned due to their religious practices and culture, rather than extremist behavior.

The detainees were forced to endure countless hours of indoctrination and language classes. A more recent report found that many were subjected to sham trials in the internment camps and convicted without evidence or due process of any kind.

The residents in Xinjiang province are subjected to draconian methods of tracking and arrests, with authorities using high-tech surveillance cameras for facial recognition.